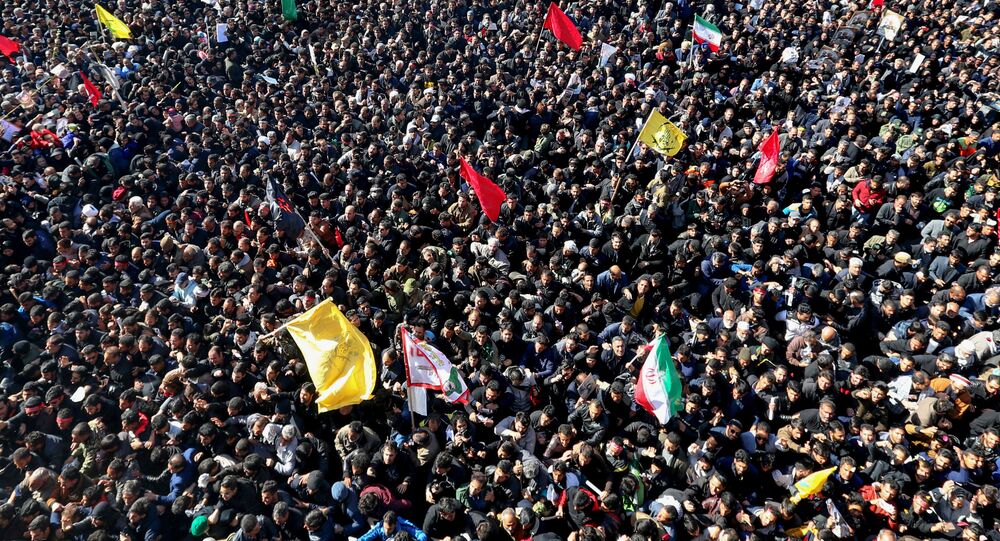 Earlier in the day, the US issued a warning to ships sailing through the waterways in the Middle East, saying there is "a possibility of Iranian action against US maritime interests in the region."

The US is preparing for a possible Iranian response after its top military commander Qasem Soleimani was killed in a US drone strike at Baghdad International Airport on 3 January.

On Monday, CNN reported, citing an official, that the Pentagon had deployed six B-52 strategic bombers to Diego Carcia, an island base in the Indian Ocean, for potential use against Iran if ordered to do so.

Soon after the attack on Soleimani, Tehran vowed a response to what it called an act of "state terrorism" by the US. US President Donald Trump answered by saying that his country wants no threats and said that the US would 'hit fast and hard' in case Iran retaliates.