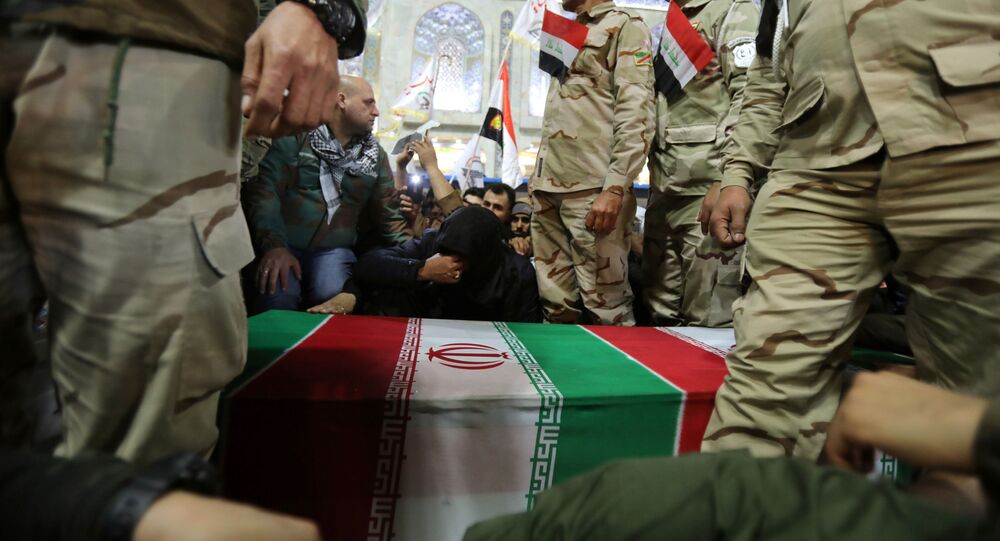 Soleimani was assassinated in a US drone strike at Baghdad International Airport along with the deputy leader of Iraq's Popular Mobilisation Forces (PMF), Abu Mahdi al-Muhandis, on Friday morning.

Thousands poured into the streets of Kerman, the home town of Quds Force commander Qasem Soleimani, to witness the funeral procession of the Iranian IRGC major general, who was killed in a US drone strike on 3 January.

General Soleimani was targeted by the US in a convoy at the Baghdad International Airport on Friday morning; his killing, which Tehran has declared an act of state terrorism, has drastically escalated tensions in the Middle East.

In response to his assassination, Iranian President Hassan Rouhani minced no words, swearing that Tehran would avenge his death. Neighbouring Iraq has condemned the attack as a violation of its sovereignty, with the national parliament voting to boot out foreign troops from the country.

US President Donald Trump, in turn, threatened to hit Iran "very fast and very hard" if it retaliates, and warned he will slap Iraq with "sanctions like they’ve never seen before ever," stressing that Americans troops would not leave the country unless the US is paid back for its "very extraordinarily expensive airbase" there.