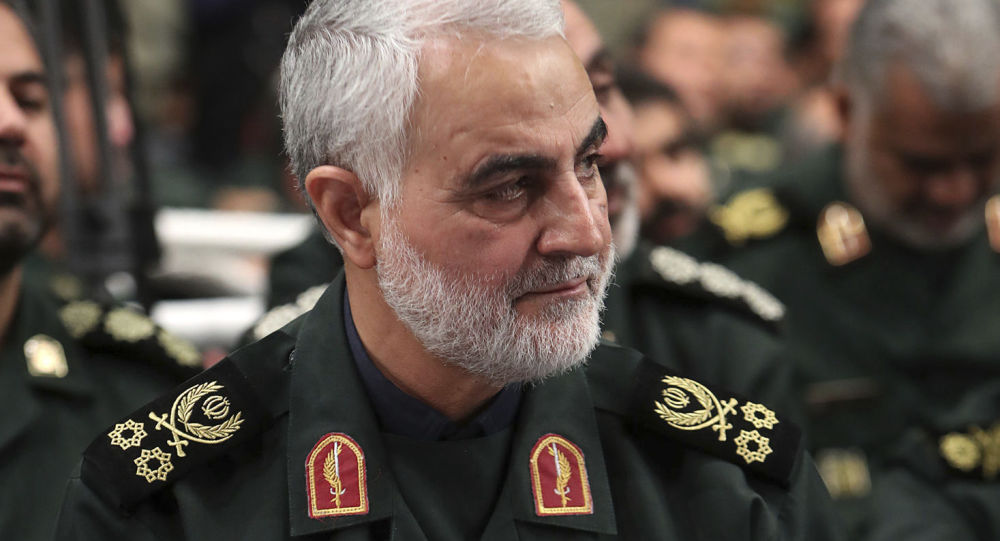 Qasem Soleimani was killed in a US drone strike on Baghdad International Airport last Friday, an attack which was authorised by President Donald Trump and which led to a further escalation of tensions in the Middle East.

Iraq's Prime Minister Adel Abdul Mahdi has claimed that the recently-assassinated Iranian general was due to deliver Tehran's reply to a previous Saudi message regarding de-escalation talks between Tehran and Riyadh.

Speaking to Iraqi lawmakers on Sunday, Abdul Mahdi said that he had planned to meet Iran’s Revolutionary Guard Corps’s elite Quds Force head Qasem Soleimani at 8:30 am local time on Friday before the US military killed the general several hours earlier.

The Iraqi Prime Minister’s remarks come amid Baghdad’s efforts to mediate talks between Tehran and Riyadh in the face of increasing regional tensions.

The already tense situation in the Middle East escalated further after President Donald Trump authorised the 3 January drone strike which killed Soleimani. According to Trump, his administration took preemptive action against the Iranian general in order to "stop a war” rather than start one.

An advisor to Iranian President Hassan Rouhani said the US had crossed a "red line" after the Friday airstrike, with Iran's Supreme Leader Ayatollah Ali Khamenei stating that a "harsh retaliation is waiting" for Washington.

Trump, in turn, strongly warned Tehran against retaliation which he said would be followed by the US military targeting at least 52 Iranian military and cultural sites.

As far as the Tehran-Riyadh talks are concerned, Iranian Foreign Minister Mohammad Javad Zarif said in mid-October that the Islamic republic has always been ready for holding direct negotiations with Saudi Arabia or interacting through intermediaries.

Tensions between Iran and Saudi Arabia as well as in the Gulf region as a whole heightened in the wake of several attacks on oil tankers in the area last summer. In mid-September, Saudi Aramco oil facilities were attacked by drones, an act that was claimed by the Yemeni Houthi rebel movement.

Saudi Arabia and its ally the US asserted that the Houthis had no capacity to carry out such an attack and blamed it on Iran, which vehemently denied the accusations.