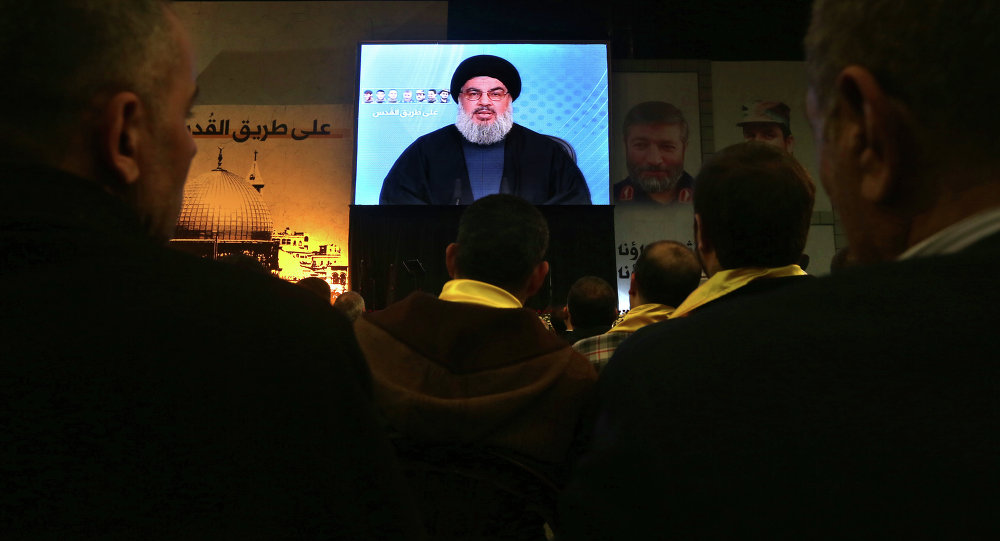 US Soldiers May Return Home in Coffins After Soleimani’s Killing, Hezbollah Leader Warns

On Saturday, Esmail Ghaani, the successor to the recently-assassinated IRGC general Qasem Soleimani, predicted that one will soon see “the bodies of Americans all over the Middle East”, in the aftermath of Soleimani’s killing.

“When the coffins of American soldiers and officers begin to be transported […] to the United States, [President Donald] Trump and his administration will realise that they have really lost the region and will lose the elections”, Nasrallah said.

He added that retaliatory attacks on US military forces in the Middle East, including bases, warships and personnel, will be “fair punishment” for what he described as “a heinous crime whose perpetrators are well-known”.

According to the Hezbollah chief, “the targeted killing of General Soleimani and Muhandis is the beginning of a new era not for Iraq or Iran, but for the whole region”.

Nasrallah claimed that the retaliation for Soleimani’s killing “has already started in both Iran and Iraq” and that “the minimal response is to liberate Iraq from the presence of US forces”.

His remarks came shortly before Iraq’s parliament passed a resolution calling on the government to end all foreign troop presence in the country.

“The [Iraqi] government commits to revoke its request for assistance from the international coalition fighting Islamic State [Daesh*] due to the end of military operations in Iraq and the achievement of victory. The government must work to end the presence of any foreign troops on Iraqi soil and prohibit them from using its land, airspace or water for any reason”, the resolution underscored.

Earlier, Esmail Ghaani, the successor to Soleimani, warned of grave consequences of the IRGC general’s killing.

“We tell everyone, be patient, and you will see the bodies of Americans all over the Middle East”, Ghaani was quoted by Al-Jazeera as saying on Saturday.

Soleimani was killed on 3 January, when the US military conducted a drone airstrike on Baghdad International Airport, in what the Pentagon said had been authorised by President Donald Trump and “aimed at deterring future Iranian attack plans”.

The airstrike came as the situation in Iraq escalated on 31 December after Shia protesters tried to storm the gates of the US Embassy in Baghdad following airstrikes on an Iran-backed unit of Kataib Hezbollah operating in the country.

Iranian Foreign Minister Mohammad Javad Zarif condemned the killing of Soleimani as an “act of international terrorism”, adding that “the US bears responsibility for all consequences of its rogue adventurism”.

US House Foreign Affairs Committee Chairman Eliot Engel, in turn, said that the 3 January strike “went forward with no notification or consultation with Congress”.

“[…] To push ahead with an action of this gravity without involving Congress raises serious legal problems and is an affront to Congress's powers as a coequal branch of government”, he said.

Is the US on the Brink of War With Iran? US Airstrike Kills Top Iranian General