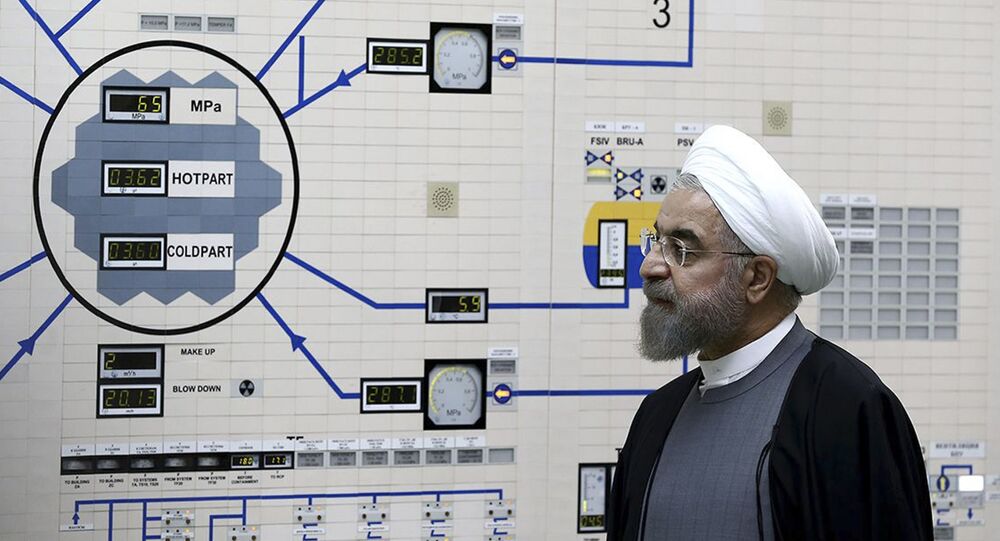 This comes amid an ongoing escalation of tensions between Iran and the US following the death of Iran's top military commander Qasem Soleimani in a US drone strike.

Iran announced on Sunday in a statement that it was discontinuing its remaining obligations under the 2015 nuclear deal.

"By taking the fifth step in reducing its obligations, Iran is abandoning the last key practical limitation under the Joint Comprehensive Plan of Action, which is dealing with the number of centrifuges," the government's statement said.

The announcement comes after another Iranian official said that the country would consider taking even tougher steps over the killing of Maj. Gen. Qasem Soleimani in a US drone strike on Friday.

Iran will continue to cooperate with the International Atomic Energy Agency and is ready to return to fulfilling its obligations if sanctions against the country are lifted, the statement added.

© AP Photo / Vahid Salemi, file
The reactor building of the Bushehr nuclear power plant is seen, outside the southern city of Bushehr, Iran

In May 2018, US President Donald Trump announced that his country was withdrawing from the JCPOA, reimposing the previously lifted economic sanctions on Tehran. A year later, Iran said that it would gradually suspend its obligations under the deal.

The Iranian nuclear deal was reached between Iran, the US, the EU, Russia, China, France, Germany and the UK in July 2015. The accord guaranteed Tehran a lift of sanctions in exchange for the country's readiness to curtail its nuclear program and allow IAEA inspectors to ensure that the nature of the program was purely peaceful.