Mr Pompeo has been commenting on tensions in the Middle East which stirred up following the killing of Iran's top military commander Qasem Soleimani in a US drone strike on Friday.

US Secretary of State Mike Pompeo said it is likely that Iran could strike US forces.

"We think there is a real likelihood Iran will make a mistake and make a decision to go after some of our forces, military forces in Iraq or soldiers in northeast Syria," he told Fox News on Sunday.

Earlier on Sunday, the Iraqi parliament reportedly passed a resolution to demand the termination of all the foreign troop presence in the country. This came after Iraqi Prime Minister Adil Abdul Mahdi had requested the parliament to order the withdrawal of foreign troops from Iraq. The leader of the Hezbollah military group Hassan Nasrallah, for his part, said that the end of the US military presence in the region would become a fair punishment for the killing of General Soleimani.

Meanwhile, Iraqi Shia cleric Moqtada al-Sadr called on paramilitary groups in Iraq and elsewhere to unite while the country moves to end US military presence in the region. 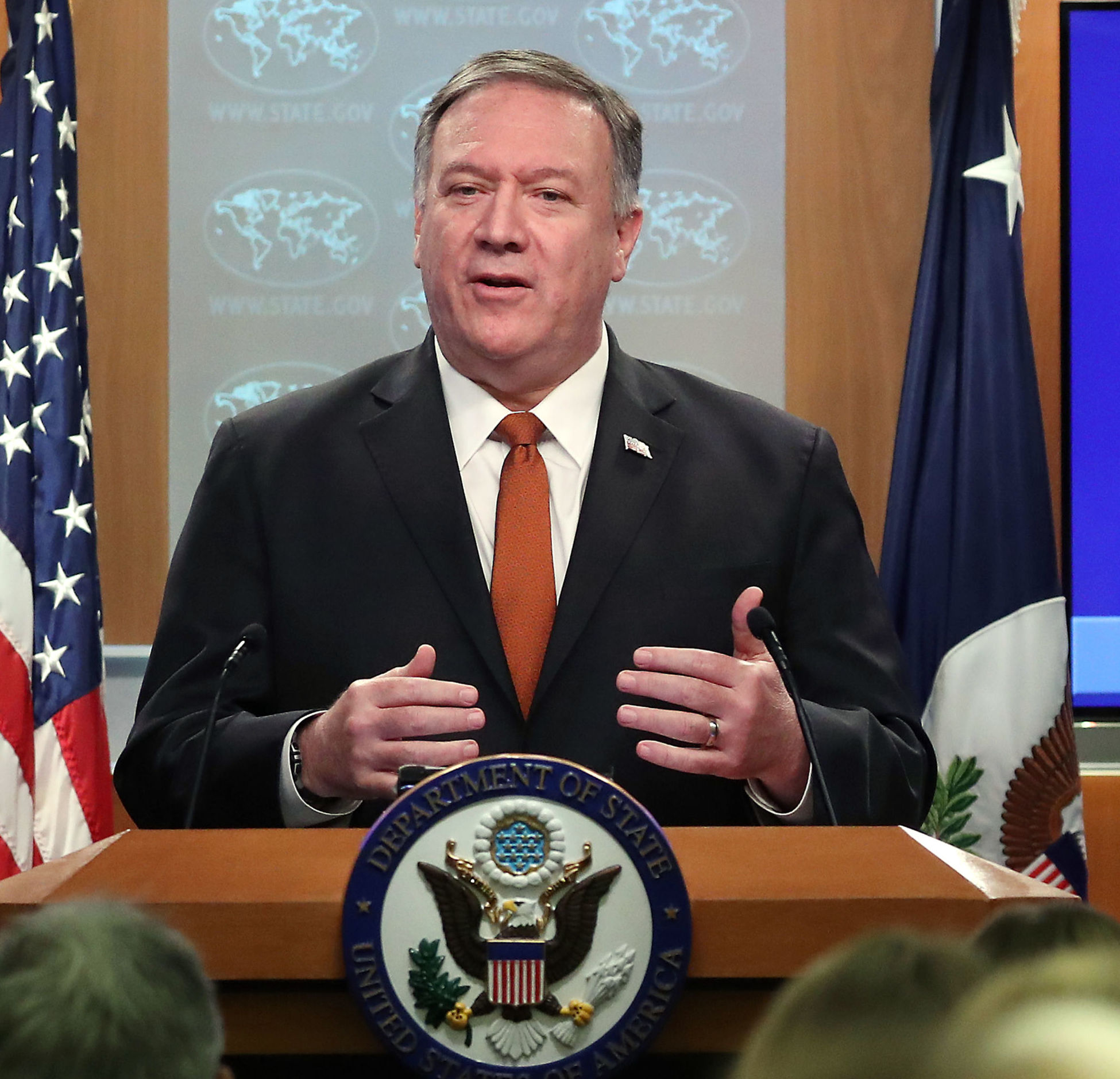 © AFP 2019 / MARK WILSON
In this file photo taken on November 26, 2019, US Secretary of State Mike Pompeo speaks to the media in the briefing room at the State Department in Washington, DC.

Mr Pompeo has already appeared on several talk shows, defending President Trump's decision to kill Soleimani, and some more of his interviews are expected to be aired on Sunday. Speaking to CNN earlier, Pompeo said that Soleimani "was actively plotting in the region to take actions...that would have put dozens if not hundreds of American lives at risk."

Qasem Soleimani was killed on 3 January in a US drone strikes on Baghdad international airport that was authorised by Trump. Iran in response vowed retaliation against US interests in the region.