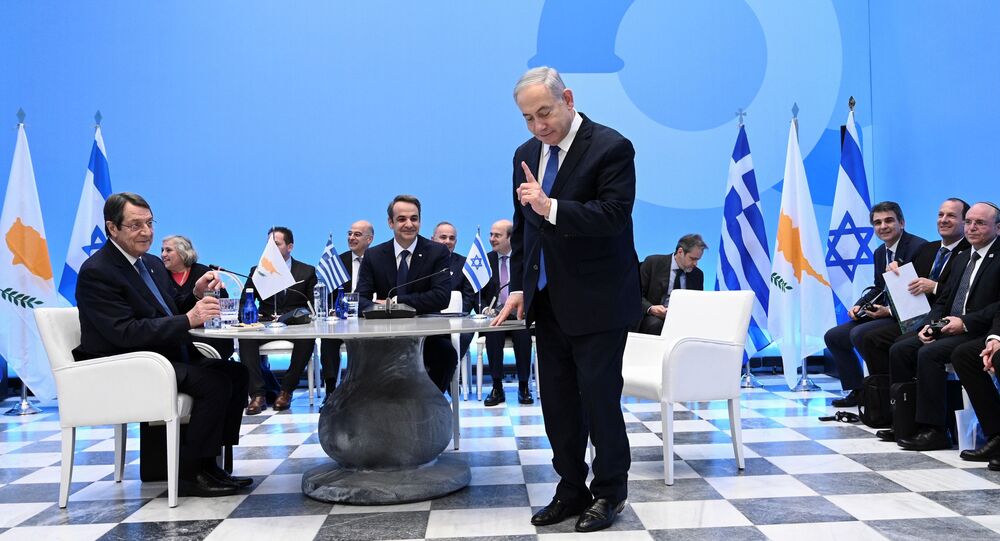 Officially, Israel has never denied or confirmed the existence of its nuclear programme. Some analysts believe that Israel sticks to a policy of deliberate ambiguity concerning its nuclear capabilities.

Prime Minister Benjamin Netanyahu accidentally called Israel a "nuclear power" during a cabinet meeting on Sunday but immediately corrected himself to "energy power".

Mr Netanyahu was talking about a deal that his country signed with Greece and Cyprus on 2 January, paving the way for the construction of the EastMed natural gas pipeline to Europe.

"… the significance of this project is that we are turning Israel into a nuclear power, an energy power," Netanyahu said, as quoted by Haaretz.

The EastMed project is a 1,900 kilometre undersea pipeline designed to deliver Israeli natural gas to Europe by 2025. Italy, as well as several other European countries, are set to be the major purchasers of the Israeli gas.

Although Israel has never officially acknowledged the possession of nuclear weapons, many experts believe that it is just because the country adheres to a policy of deliberate ambiguity. According to Israel's Atomic Energy Commission, there are two nuclear reactors in the country, the one at the Soreq Nuclear Research Centre, which operates under the safeguards of the International Atomic Energy Agency (IAEA), and the other one at the Negev Nuclear Research Centre which is not under the inspection regime of the IAEA.