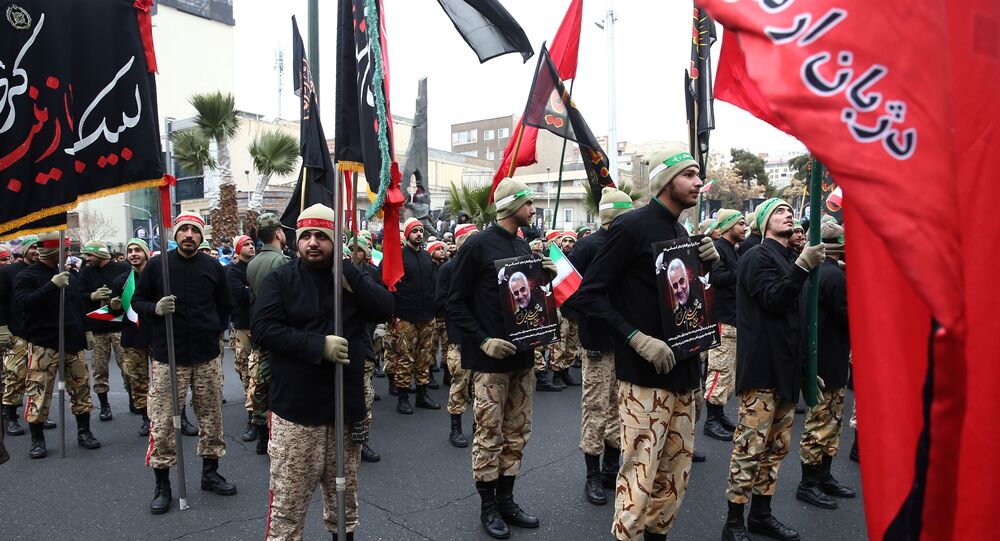 The body of Iranian Quds Force General Qasem Soleimani arrived on Sunday in Iran where thousands of mourners thronged his coffin ahead of a grand funeral procession across Iran.

In the early hours of Friday morning, Soleimani and al-Muhandis, along with 10 others, were killed in a US drone attack near Baghdad International Airport.

US President Donald Trump said Washington took preemptive action against Soleimani to "stop a war". Iranian leaders, however, have vowed to take revenge for Soleimani’s assassination.

Trump previously stated that the US had identified 52 Iranian sites, including some that are "important" to Iran, that would be attacked "very fast and very hard" if Tehran struck any US citizens or assets.

In turn, the commander of the Iranian Armed Forces' Islamic Revolutionary Guard Corps (IRGC), Maj. Gen. Hossein Salami, has threatened to end the US presence in the Middle East in the wake of the recent US operation in Iraq that killed Qasem Soleimani.