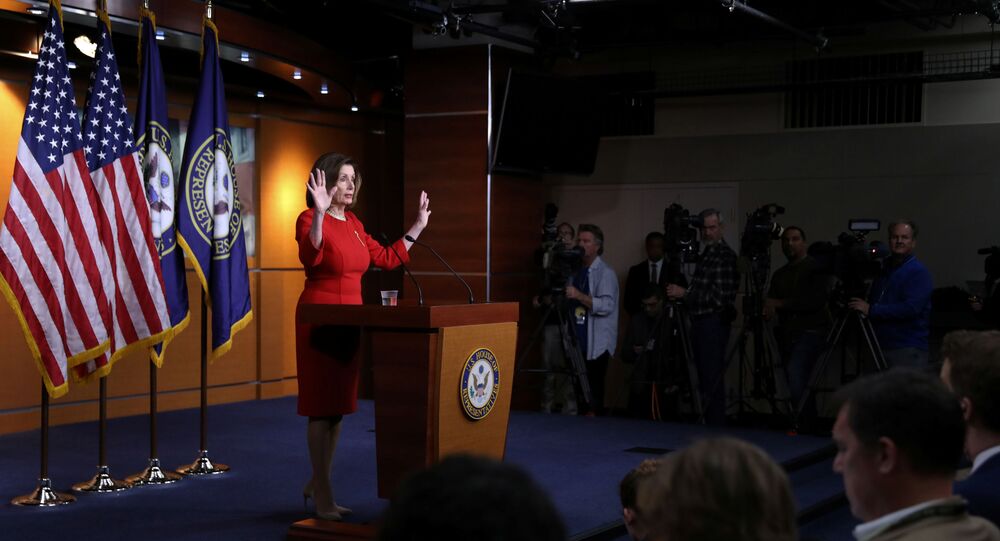 US Speaker of the House of Representatives, Nancy Pelosi, echoed growing concerns that the recent notification by the White House of Friday's drone strike that killed a top Iranian general "prompted serious and urgent questions".

​Pelosi cited the formal notification under the War Powers Act sent on Saturday by the Trump administration to Congress. According to US legislation, the notification has to be signed and sent to Congress within 48 hours of introducing American forces into armed conflict or into a situation that could lead to war.

US lawmakers are reportedly baffled that the notification they received was classified, detailing the intelligence that led to the strike on Suleimani, The New York Times reported, citing sources.

“The highly unusual decision to classify this document in its entirety compounds our many concerns, and suggests that the Congress and the American people are being left in the dark about our national security”, Pelosi noted in a statement.

Democrats earlier slammed the assassination of Soleimani as illegal and unauthorized, warning that the move would reverberate throughout the increasingly volatile region.

The Trump administration maintained that they had authorized the assassination as a preventive measure, claiming that the top Iranian general was plotting sabotage and attacks against Americans and US military installations in the region.

Trump has warned that Tehran would be attacked "very fast and very hard" if Iran strikes US citizens or assets.

Iranian President Hassan Rouhani, along with other senior Iranian officials, stated that Tehran will exact revenge for what it views as the terrorist actions of the Trump administration.