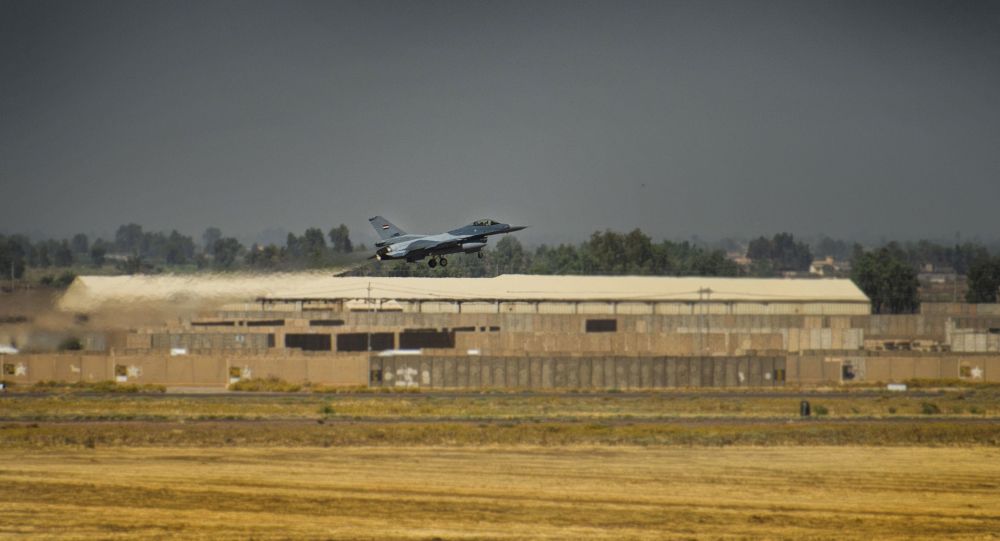 On Saturday, the Iraqi capital witnessed several rocket attacks, including in the residential area of Al-Jadriya and the Balad military base that houses US forces, some 50 miles north of Baghdad.

According to a statement issued by the Combined Joint Task Force Operation Inherent Resolve (CJTF-OIR) on 4 January, during attacks near Iraqi bases that host coalition troops, "the International Zone took indirect fire that landed outside of Coalition facilities and potentially harmed Iraqi civilians".

The coalition statement notes that previous attacks that took place in November and December "killed and wounded Iraqi and Coalition personnel".

The release adds that earlier reports on attacks against the Ninewah Operation Centre in Mosul were false, calling on people to "request confirmation through government officials, instead of spreading rumors".

Confirmation from @OIRSpox of two attacks near bases in #Iraq which host coalition forces. pic.twitter.com/f1OLlg1AZB

​Earlier in the day, the Al-Arabiya TV channel reported that mortar fire had hit areas surrounding the Iraqi regional security staff facility in the northern province of Ninewa (Nineveh).

US President Donald Trump on Saturday declared that the United States had identified 52 Iranian sites, including some that are important to Tehran, that would be attacked "very fast and very hard" if Iran strikes US citizens or assets.

The most recent escalation in Iran-US relations came as the Trump administration killed Qasem Soleimani, the commander of the elite Quds Force of the Iranian Islamic Revolutionary Guard Corps, in a targeted airstrike said to have been authorized by Trump on Friday.

The attack also killed Abu Mahdi al-Muhandis, a senior member of Iraq's Shia Popular Mobilization Forces. The United States claimed that both military officials were behind the recent siege of the US embassy in Iraq.