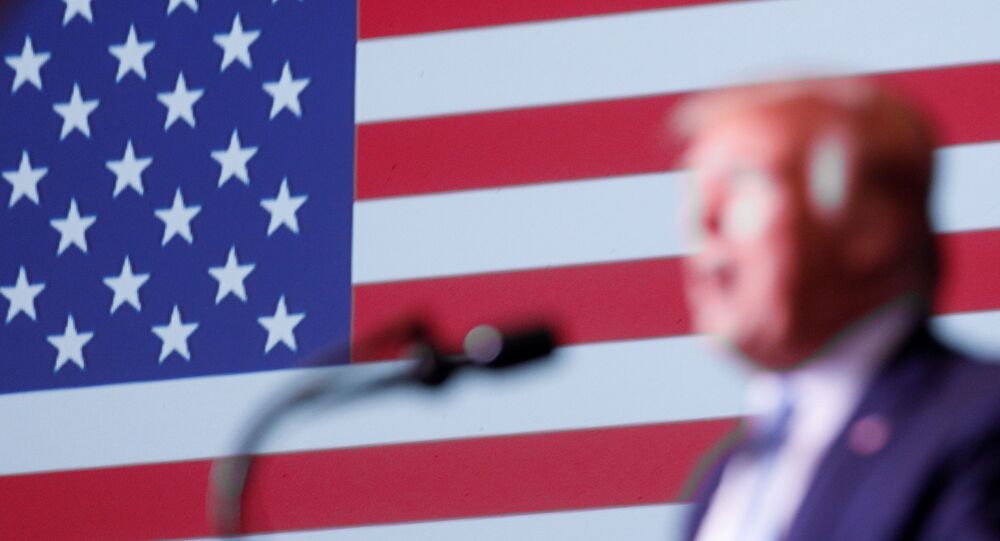 Trump Warns of US Attack Against 52 Iranian Targets If Tehran Strikes US Citizens, Assets

Top Iranian military commander, Qasem Soleimani, was assassinated on Friday in Baghdad in a US airstrike authorized by President Donald Trump. Iran vowed revenge over the killing, while the Trump administration earlier claimed the targeted airstrike was intended to deescalate regional tensions.

Trump, in a series of tweets on Saturday, reacted to threats from the Iranian leadership of "revenge" for Soleimani's assassination. The US president lashed out at Tehran, warning of a possible strike on "52 Iranian sites".

​Trump is referring to dramatic events that shocked the global community in 1979 after 52 American diplomatic staffers were taken hostage in Iran for 444 days. At the time, the United States and Iran broke off diplomatic ties. The United States has since initiated the introduction of international UN Security Council sanctions against Iran.

Iran, meanwhile, remains outraged by the assassination of its top general and has vowed a harsh response. US officials allege the move prevented an "imminent attack" against Washington.

© AP Photo
Asymmetric Blowback: What Options Iran is Likely to Pick to Avenge Qasem Soleimani's Death
Tensions have been sparked by the menacing escalation in the area after the killing of Soleimani. Over the last day, Iraq has been hit by serial airstrikes that were reportedly carried out by the Pentagon, which has continued its attempts to surgically eliminate senior members of Iranian-backed militia forces in Iraq. Local media claimed, citing sources, that Iraq's militia earlier in the day attacked several military installations belonging to Iraqi security forces stationed alongside US troops in the region.

Trump claimed during a news conference following the Soleimani killing that his decision to assassinate the senior Iranian military official while the latter was in neighboring Iraq was aimed to prevent war.

Trump warned that the United States has identified military targets and is prepared to take action if Iran threatens American citizens.

Iran’s National Security Council said in a statement that it will respond to Soleimani's death "at the right time and in the right place".