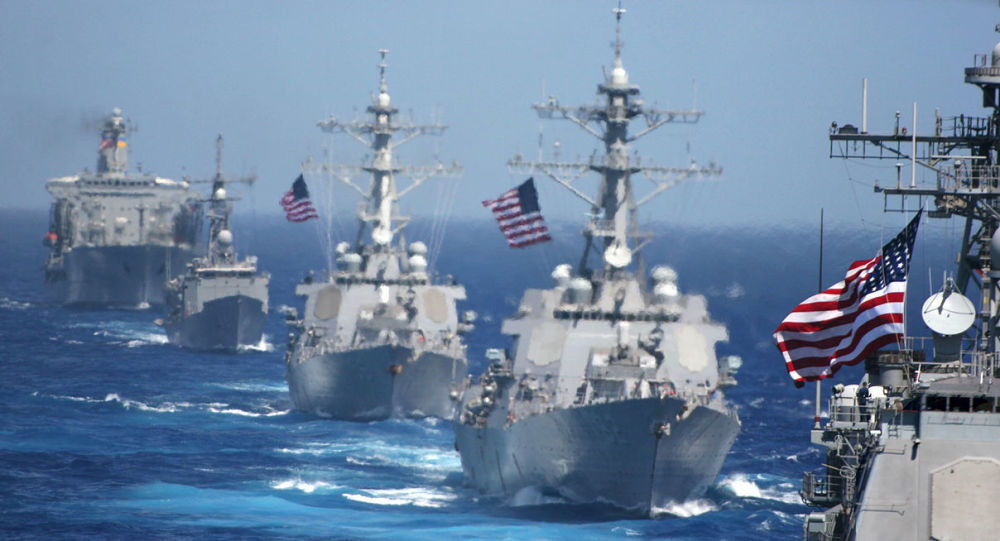 According to a US Navy statement seen by media outlet USNI news, the assault ship USS Bataan and the 26th Marine Expeditionary Unit, who were due to take part in the exercises, are now being redeployed to the Middle East.

Earlier on Saturday, the Pentagon told the CNN broadcaster that the US military is set to deploy an additional 2,800 troops in the Middle East as tensions with Iran mount following the drone attack that killed Soleimani.

Iranian President Hassan Rouhani stated earlier that the presence of US military forces in the Middle East is preventing countries of the region from finding peace.

© REUTERS / WISSM AL-OKILI
People gather at the funeral of the Iranian Major-General Qassem Soleimani, top commander of the elite Quds Force of the Revolutionary Guards, and the Iraqi militia commander Abu Mahdi al-Muhandis, who were killed in an air strike at Baghdad airport, in Baghdad, Iraq, January 4, 2020. REUTERS/Wissm al-Okili

On Friday, Soleimani and Abu Mahdi al-Muhandis, deputy commander of an Iraqi Shia militia group, were among those killed by a US drone attack near Baghdad International Airport. US President Donald Trump called the attack a preemptive, defensive strike, while Rouhani has warned that Tehran will take revenge for what it views to be a heinous crime.