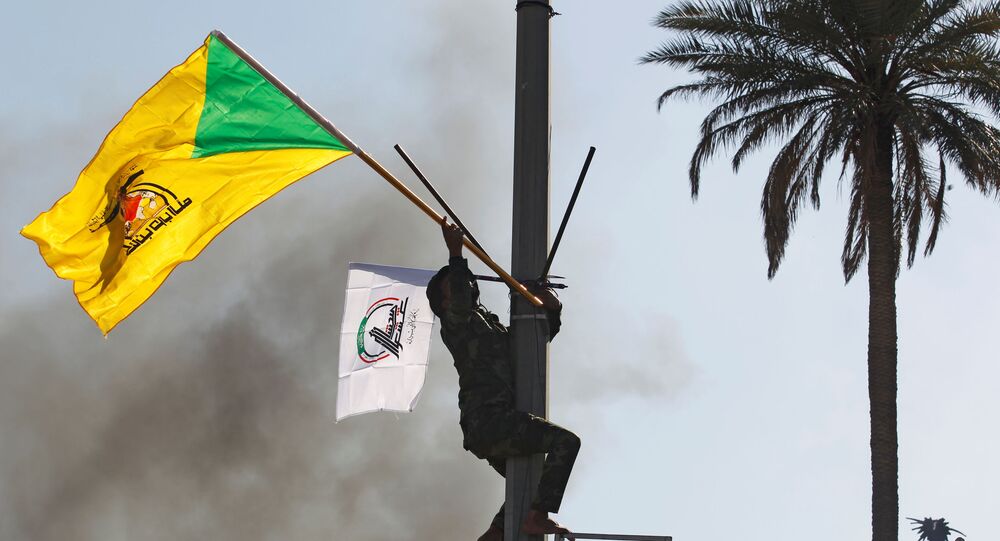 This comes amid the latest rocket attacks near the US embassy in Baghdad as well as at the Balad Air Base outside the city.

Iraq's Kataib Hezbollah militia has warned Iraqi security forces to stay away from US bases in the country starting Sunday, al-Mayadeen TV has reported.

"Security forces must stay clear of American bases by a distance not less and a thousand metres starting Sunday evening," al-Mayadeen quoted the militia as saying.

Earlier on Saturday, Reuters reported citing security sources that the Balad Air Base to the north of Baghdad was hit by two Katyusha rockets. Previously, the agency said, citing police, that a similar rocket had landed inside the Green Zone's Celebrations Square near the US Embassy in Baghdad.

Tensions have escalated in the Middle East following the killing of Iran's top military official Qasem Soleimani in a US airstrike on Friday. Apart from Soleimani, 11 others were killed in the strike, including the deputy commander of the Iraqi Shia militia Abu Mahdi al-Muhandis.

Previously, the situation in Iraq grew tense on 31 December when Shia protesters made an attempt to storm the US embassy in Baghdad following airstrikes on an Iran-backed unit of Kataib Hezbollah operating in the country.