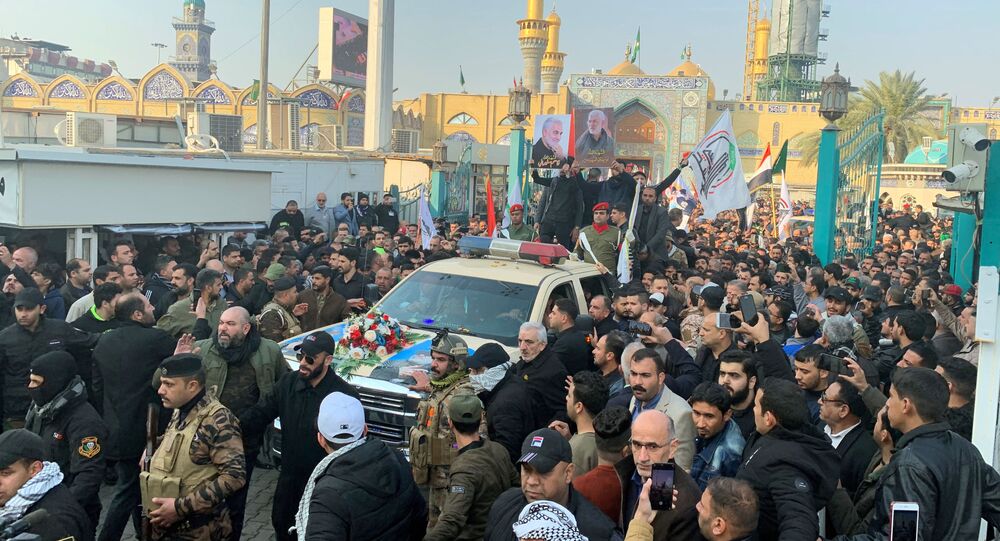 The Iranian general was killed on Friday morning as a result of a US airstrike at the Baghdad airport, plunging US-Iran relations to a new low. While President Trump has said the commander was assassinated to prevent a new war, Iranian officials promised to respond.

The procession with a coffin of Iranian commander Qasem Soleimani has reached the Shiite holy city of Karbala, in central Iraq.
Earlier in the day, thousands of mourners marched through the Iraqi capital in a funeral procession. Iraq's caretaker premier Adel Abdel Mahdi also took part in the mourning.

People across Iran poured into the streets on Saturday to for the killed commander. According to media reports, crowds were seen waving Iranian flags and chanting “I am Soleimani.”

The commander is expected to be buried in his hometown of Kerman in southeastern Iran on Tuesday, 7 January.

Meanwhile, Tehran officials say they reserve to respond to the killing of the Quds Force chief, with Commander Gholamali Abuhamzeh saying that vital US targets in the Middle East are within Tehran’s reach.