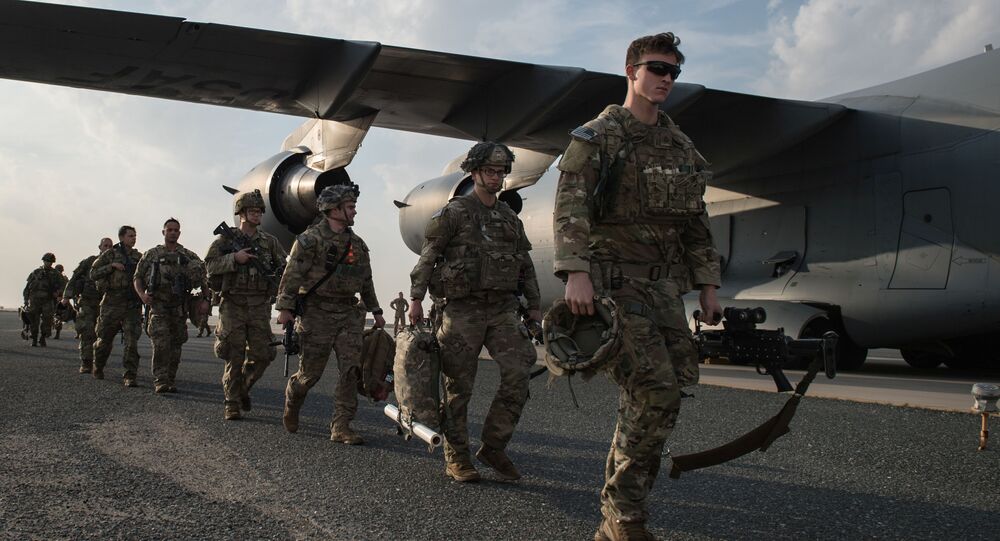 Following the US airstrike that killed the Quds Force chief on 3 January in Iraqi's capital, Iranian leaders have vowed to retaliate for Washington's actions, which they described as a "terrible crime" as well as an act of "terrorism" and "rogue adventurism".

The US has approved the deployment of between 3,000 and 3,500 additional troops to the Middle East in the wake of the murder of Iranian top General Qasem Soleimani, CNN reported, citing a US defence official. Servicemen from the 82nd Airborne Division will reportedly be those redeployed and will join the forces earlier sent to Iraq to secure American facilities.

Previously, US forces in Iraq, specifically those guarding the American Embassy in its capital, were strengthened by around 700 troops from the 82nd Airborne Division currently deployed in Kuwait.

Separately, Reuters reported that US Defence Secretary Mark Esper has cancelled his plans to take personal leave later in January 2020 amid the possible escalation in tensions with Iran following the assassination of Soleimani.

US forces fired four missiles at cars transporting Iranian Quds Force commander Qasem Soleimani from Baghdad International Airport. The general, who is believed to have been one of the most prominent figures in the Islamic Republic, was killed in the blast, along with two senior members of Iraq’s Popular Mobilisation Forces, Abu Mahdi al-Muhandis and Mohammed Ridha Jabri.

The US justified the strikes by claiming that Soleimani had planned attacks on American citizens in Iraq and called the assault a "defensive action". At the same time, Washington expressed hope that a de-escalation in tensions with Iran would follow in the wake of the incident.

Iranian President Hassan Rouhani and Supreme Leader Ali Khamenei have both condemned the murder of Soleimani and vowed to retaliate against the US action, which they described as a "terrible crime" and an act of "international terrorism". Iranian Foreign Minister Javad Zarif, in turn, stated that the assassination of Soleimani would only strengthen the resistance against the US presence in the Middle East.