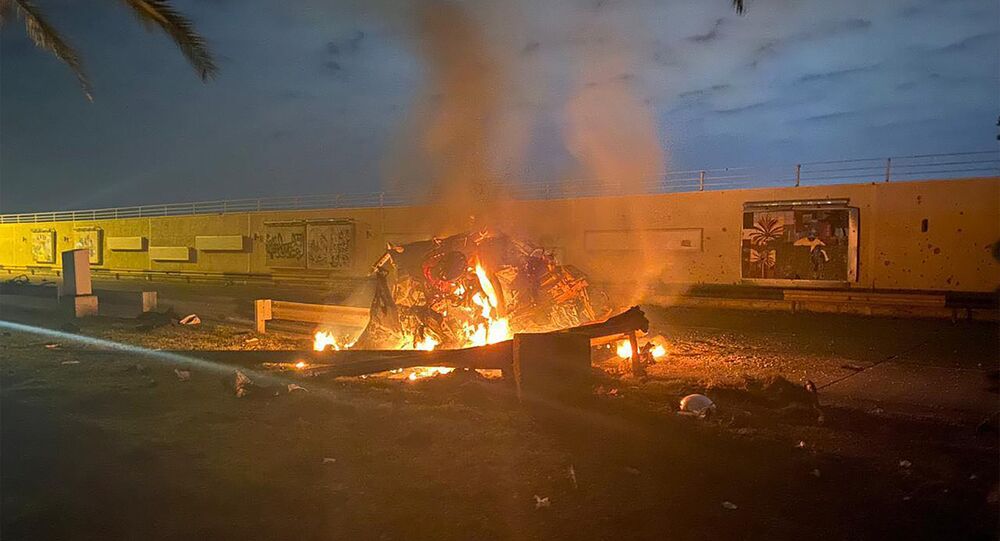 Qasem Soleimani, the head of Iran’s Islamic Revolutionary Guard Corps’ Quds Force, was assassinated in an airstrike conducted by the US military during the night between 2 and 3 January near Baghdad International Airport.

While little is known so far from official sources about the killing of Iranian Quds Force commander Qasem Soleimani, initial reports, albeit at times conflicting, have started to surface in the media.

Namely, British newspaper the Daily Mail has reported that prior to the attack, Soleimani arrived at Baghdad International Airport on a jet from Syria or Lebanon at around 12:30 am. He was met there by senior members of Iraq’s Popular Mobilisation Forces (PMF), Abu Mahdi al-Muhandis and Mohammed Ridha Jabri. All three reportedly got into one of the cars, while their security detail got in the other. However, as these cars were leaving the airport and heading towards the road out, four American missiles struck the two vehicles.

Various media outlets have given conflicting accounts of the means used to carry out the strike. The Daily Mail reported that MQ-9 Reaper drones were used to deliver the strike, an account also reported by the AFP, citing an anonymous US military official. Reuters, in turn, quoted militia commander Abu Muntathar al-Hussaini as saying that US helicopters fired the missiles at the vehicles.

At least two missiles struck the car carrying Soleimani and al-Muhandis, while another struck the vehicle with security detail, al-Hussaini told Reuters. The body of the Quds Force commander had been "was torn to pieces" and was therefore unrecognisable; but according to anonymous officials from the PMF, cited by the Mail, he was identified by a distinctive ring that he often wore. Al-Muhandis' body was reportedly not found.

There has been no official information about how the US had managed to track Soleimani, but The New York Times reported that the assassination was made possible due to information obtained from informants, electronic intercepts, and other means of surveillance.

Qasem Soleimani's assassination, which took place early on 3 January, was harshly condemned by Iranian and Iraqi authorities. Iran’s President Hassan Rouhani and Supreme Leader Ali Khamenei have both vowed to severely retaliate for the murder of Soleimani, who is believed to have been one of most powerful personas in Iran.

"The US' act of international terrorism, targeting & assassinating General Soleimani […] is extremely dangerous and a foolish escalation. The US bears responsibility for all consequences of its rogue adventurism", Foreign Minister Javad Zarif warned on Twitter.

The Iraqi prime minister, in turn, condemned the US strike as an act of aggression against Iraq and urged the country's parliament to hold an extraordinary session to discuss the incident.

Washington claimed that the killing of Soleimani had been ordered by Trump in order to defend American citizens abroad from attacks allegedly organised by the Iranian general.

"General Soleimani was actively developing plans to attack American diplomats and service members in Iraq and throughout the region", the Pentagon claimed.

However, not the entire political establishment in the US agreed with that assessment of Soleimani's assassination. Despite agreeing that he was an "enemy" of the US, many Democratic congresspersons argued that his death would only put American lives in greater jeopardy than before.