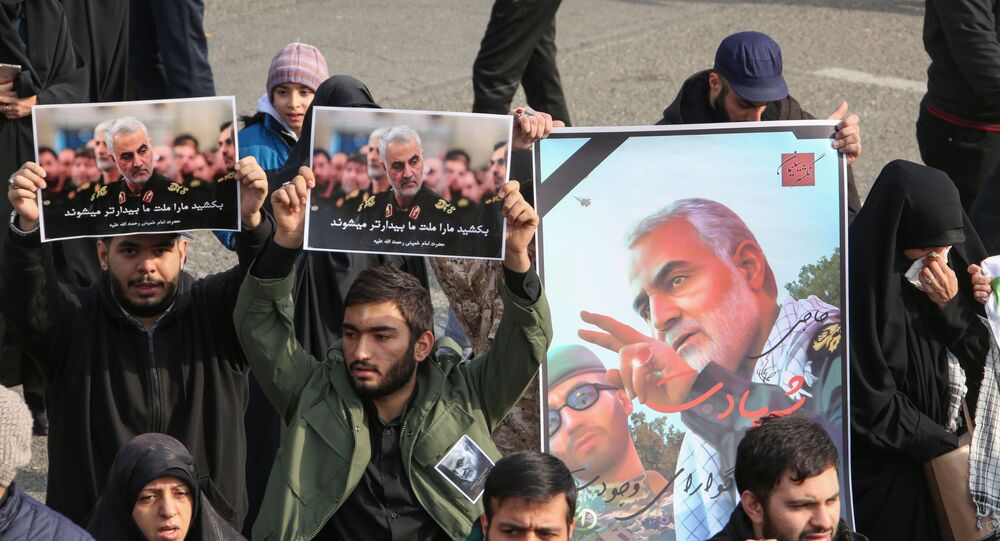 The Pentagon confirmed earlier in the day that Soleimani and Iraqi militia commander Abu Mahdi al-Muhandis, along with 10 other people, were killed on Friday morning in an airstrike on the outskirts of Baghdad that was authorised by US President Donald Trump.

Thousands of Iranians have taken to the streets of Kerman City, Tehran and other cities following Friday prayers to protest in response to news of the killing of Iran's Islamic Revolutionary Guard Corps Quds Force Commander Qasem Soleimani in a US airstrike in the early hours of 3 January.

Iranian Supreme Leader Ali Khamenei has vowed to exact vengeance on the US following the death of Soleimani and declared three days of mourning. Iranian President Hassan Rouhani also said that Tehran would take revenge on Washington over Soleimani’s assassination.

Iranians gather at the UN office in Tehran for protests in response to Soleimani’s killing.

In Iraq, influential Shiite politician and prominent cleric Muqtada al-Sadr has called on supporters to be ready to defend the country, while Popular Mobilisation Forces also urged followers to prepare for a response to Washington.