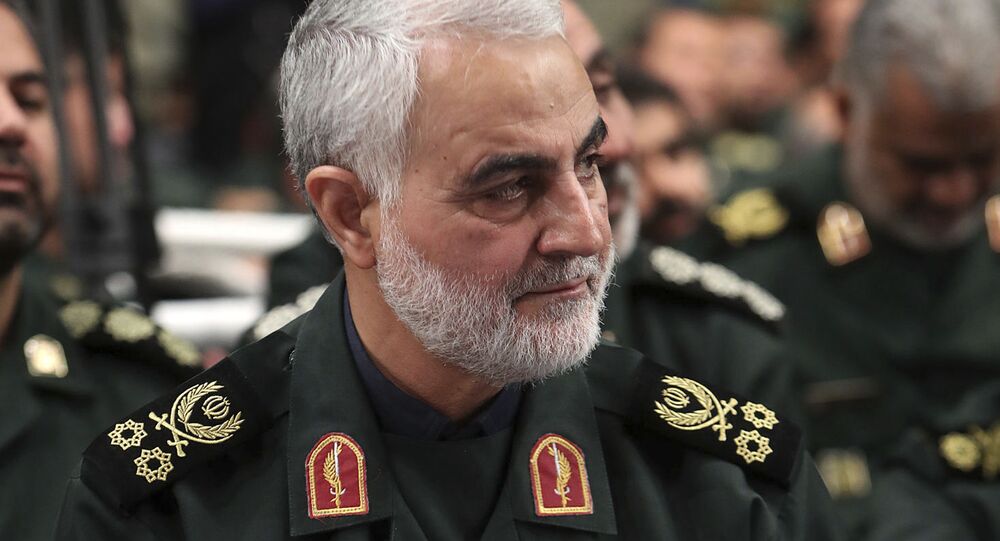 Iraq's Shia Popular Mobilization Forces (PMF) said on Friday that several members of the militia, as well as several “ guests”, were killed by rocket fire near the Baghdad International Airport.

Al Arabiya and Sky News broadcasters echoed reports of Soleimani's death. There has been no official confirmation issued by Tehran or the IRGC.

According to earlier media reports, all of those killed were in a small convoy leaving the airport late on Thursday. The projectiles are reportedly said to have also hit facilities of the Iraqi army and the international coalition. According to the Al-Sumaria broadcaster, the strike also injured at least 12 Iraqi servicemen and killed a civilian.

The PMF blamed the US and Israel for the deadly airstrike.

"The American and Israeli enemy is responsible for killing the Mujahideen Abu Mahdi al-Muhandis and Qassem Soleimani", a spokesman for the PMF, Ahmed al-Assadi, said, cited by Reuters.

According to US officials, cited by Reuters on the condition of anonymity, the Thursday strikes were carried out against two targets in Baghdad linked to Iran.

Earlier in the day, the PMF – reportedly responsible for the recent siege of the US Embassy in Baghdad – confirmed its senior official in charge of public relations, Mohammed Jabiri, had been killed in the attack.

© AFP 2021 / AHMAD AL-RUBAYE
Live Updates: Iraqi MPs Urge to Adopt Law to Expel Foreign Troops From the Country After US Kills Iranian General
The situation in Iraq escalated on Tuesday when Shia protesters attempted to storm the gates of the US Embassy in Baghdad, following airstrikes on an Iran-backed unit of Kataib Hezbollah operating in the country. The strikes were carried out in response to an attack at the Kirkuk base that killed a US contractor.

The deadly airstrike occurred amid escalating US-Iran strife in the Middle East. Since May 2019, Washington - after unilaterally withdrawing from the Joint Comprehensive Plan of Action (JCPOA) nuclear accord - has been building up its military presence in the region, in what US senior officials characterize as a clear message to Iran.