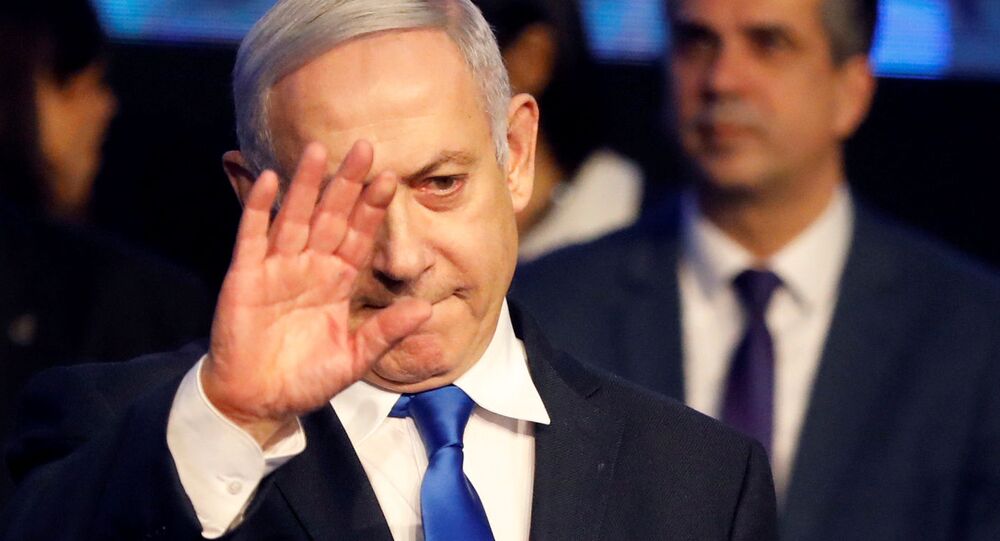 Israel’s High Court of Justice on 31 December rejected a petition submitted by 67 plaintiffs to deprive current Prime Minister Benjamin Netanyahu of the right to form a new government, claiming that such issues should not be brought to the court prior to an election, the Haaretz newspaper reported.

Israeli Prime Minister Benjamin Netanyahu has stated that he will seek parliamentary immunity from prosecution in the three corruption cases he faces, a move that could postpone criminal proceedings against him for months.

"In order to continue to lead Israel to great achievements, I intend to approach the speaker of the Knesset in accordance with chapter 4C of the law, in order to fulfil my right, my duty and my mission to continue to serve you for the future of Israel", he said.

Netanyahu said he intends to lead Israel "for many more years" and lashed out at his political rivals as he began speaking about whether he would request immunity from criminal charges.

The prime minister claimed that the legislation concerning immunity is intended to prevent the "manufacturing of cases" against public officials, which he insists is happening to him.

He also emphasised that parliamentary immunity would only apply as long as he is a legislator and that it would not indefinitely shield him from criminal charges.

In the meantime, Avigdor Lieberman, the leader of the Israeli secular nationalist party Yisrael Beiteinu and a former defence minister, stated that his party would oppose a request from Netanyahu for parliamentary immunity from corruption charges.

"Now it is clear beyond doubt. The only thing that is interesting to Netanyahu is immunity", Lieberman said on Facebook.

Meanwhile, Blue and White Chairman Benny Gantz emphasised that the prime minister’s announcement shows that Netanyahu knows he is guilty.

"This is a tough day for the country and a sad day for me", Gantz stated.

The statements come after Israeli Attorney General Avichai Mandelblit in November indicted Netanyahu on charges of bribery, fraud, and breach of trust in three corruption cases. He also asked the parliament to waive the prime minister's immunity.

Netanyahu has been under investigation for nearly three years in relation to three corruption-related cases codenamed 1000, 2000 and 4000.

© AFP 2020 / GALI TIBBON
Netanyahu’s Office Denies Broadcaster’s Claim That PM Has Formally Requested Immunity
Case 2000 claims that the prime minister was in contact with the Yedioth Ahronoth news outlet’s publisher, Arnon Mozes, with regard to weakening the Israel Hayom newspaper in exchange for getting media coverage serving Netanyahu’s interests.