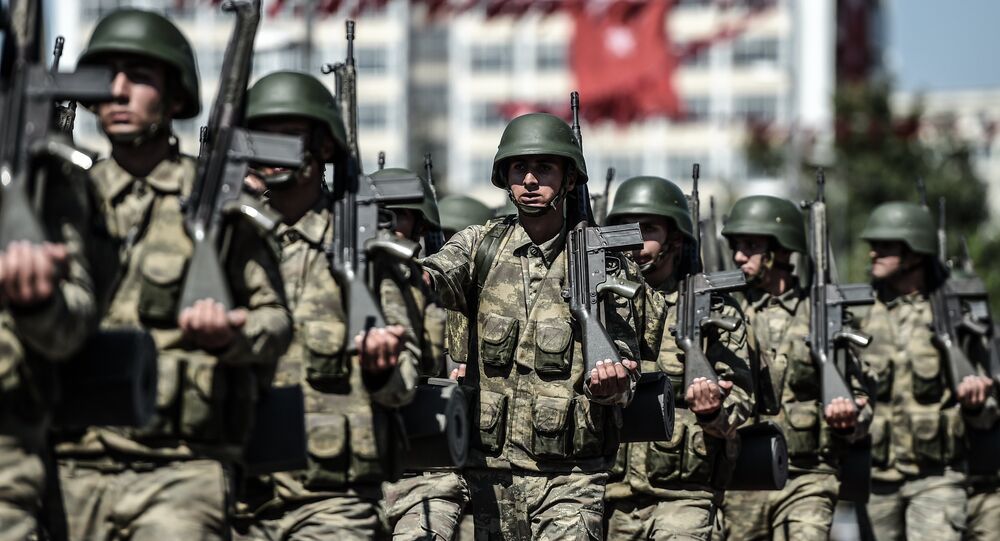 "We hope that there is no need for such an invitation, it will have a deterrent role and the parties [LNA, GNA] will understand this message correctly", Oktay said in an interview with the Anadolu news agency.

The vice president added that if Haftar continued the offensive, Turkey, having an invitation from the GNA, would send its troops.

"The mandate will be valid for a year, and when the need arises, troops will be sent in the right quantity", Oktay said.

The Turkish parliament, which reportedly received a request from Tripoli’s UN-backed Government of National Accord (GNA) for military assistance to repel an offensive by the LNA, will make a decision on 2 January whether to send the Turkish military to Libya. Turkish Defence Minister Hulusi Akar said on 31 December that preparations had already begun.

© AP Photo / Esam Omran Al-Fetori
Haftar's Army Accuses Turkey of Smuggling Daesh, Nusra Terrorists to Libya Via Tunisia
In late November, Turkey and the GNA signed agreements on military cooperation and a new maritime border. Both sides have ratified the deal, and Turkish President Recep Tayyip Erdogan said on 26 December that Ankara was ready to provide military assistance in the fight against the LNA.

Libya has been facing an acute armed conflict since its long-time leader, Muammar Gaddafi, was overthrown and killed in 2011. The eastern part of the country is now governed by the Tobruk authorities and the allied LNA, while the GNA operates in the country's west. The situation has escalated over the past several weeks as Haftar ordered his troops to advance on the GNA-controlled capital of Tripoli.