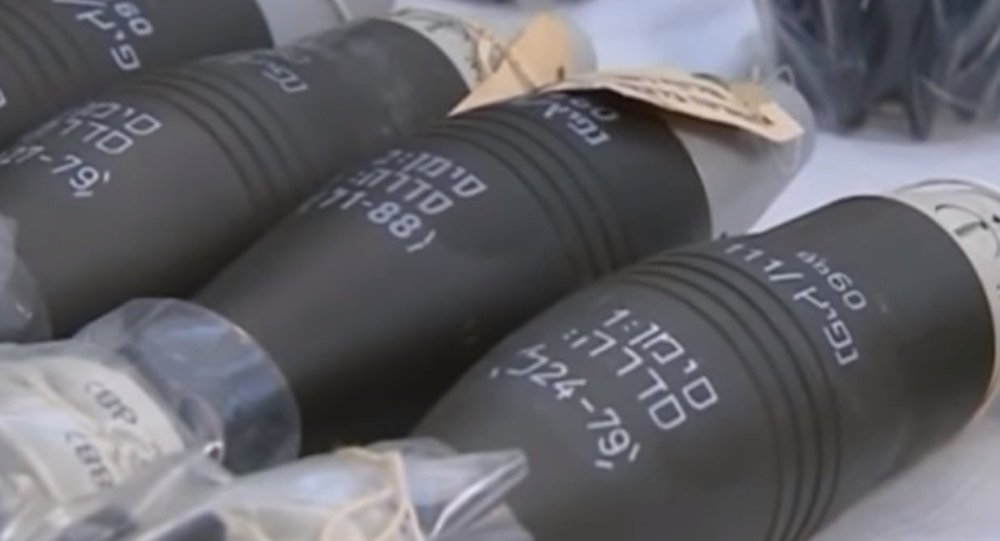 The Syrian military’s mop-up operations in areas liberated from terrorists have led to the discovery of tens of thousands of tonnes worth of weapons, ranging from small arms and rocket launchers to US-made TOW anti-tank missiles, C4 explosives ,and even tanks.

Authorities in southern Syria have uncovered another major underground cache of weapons and ammunition abandoned by terrorist forces as they fled the region.

A government source told the Syrian Arab News Agency that the arms and ammo stocks included over 300,000 rounds of ammunition for automatic rifles, sniper rifles, 12.7mm and 22mm machineguns, tank shells, anti-tank missiles, and 60, 80 and 120 mm mortar shells, along with explosives. The source said that part of the haul consisted of US and Israeli-made weapons.

The cache also included communications equipment and night-vision binoculars, and a whopping 100 kilos of an unspecified narcotic substance.

Among them are Israeli-made, explosives, and narcotics left behind by #terrorists in the Southern region.#Syria pic.twitter.com/rqyk5oMkto

The US, Israel, European countries, Turkey and several Gulf countries engaged in a major arms smuggling operation to bring weapons and supplies to the broad array of terrorist and anti-government rebel groups fighting the Assad government during the war in Syria. The US operation, known as "Timber Sycamore", was overseen by the Central Intelligence Agency and supported by Vice President Joe Biden. The operation was terminated by the Trump administration in 2017. The Israeli military, meanwhile, officially admitted that it had provided cash, weapons, and ammunition to terrorist rebels in 2018, following repeated media reports that the country had been treating al-Qaeda-linked* fighters in hospitals under "Operation Good Neighbour".

The arms cache discovered this week is just the latest to be found by Syrian authorities and the military as they comb through liberated territories. Thanks to these discoveries, the Syrian Army has been able to stock up on literally thousands of tonnes of weapons and ammunition ranging from small arms and grenades to mortar launchers, anti-tank missiles, C4 explosives, tanks, pharmaceuticals, field hospital kits, and more.