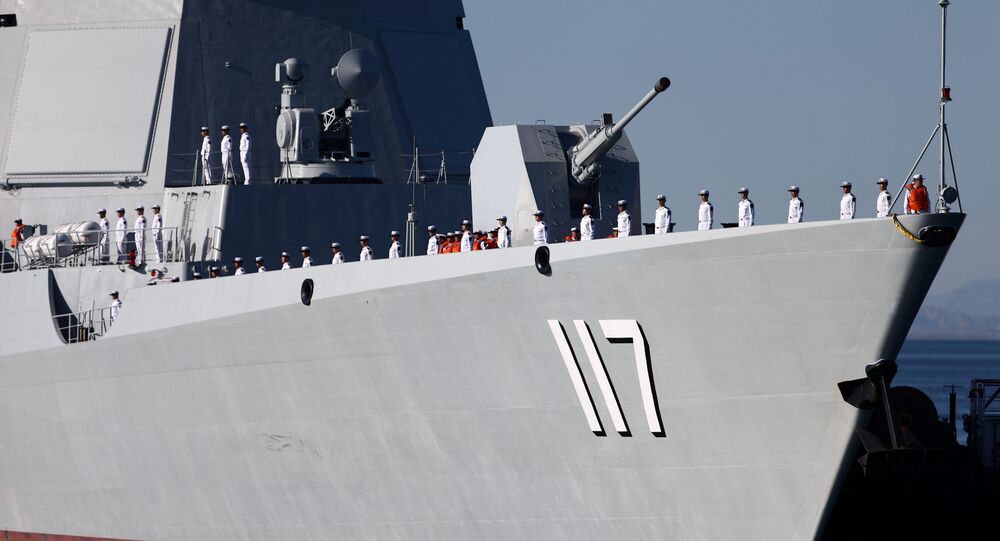 On Friday, Russia, Iran, and China kicked off their first-ever joint naval exercise in the northern Indian Ocean and the Gulf of Oman, in what Iranian Navy spokesman Gholamreza Tahani touted as a message of “peace, friendship, and stable security”.

Speaking on the sidelines of the ongoing Iran-Russia-China naval drills on Sunday, Iranian Rear Admiral Hossein Khanzadi pointed out that “the era of inroads by the Americans in the region has ended and they have to gradually leave the region”.

He also said that the exercises reflect the development of trilateral relations “at the highest level”.

“When military forces stage a drill, it means measures in political, economic, and other aspects have been carried out quite well and today we are witnessing this important and big exercise which aims to boost security in the region”, Khanzadi added.

He warned that those who want “to impose undesirable security arrangements, such as the Americans and their sidekicks, will receive a highly significant message from this drill”.

© REUTERS / WANA NEWS AGENCY
Warships sail in the Sea of Oman during the third day of joint Iran, Russia and China naval war games in Chabahar port, at the Sea of Oman, Iran, December 29, 2019

The remarks come after Iranian Navy spokesman Gholamreza Tahani said last week that the exercises, codenamed Naval Security Belt, would cover an area of 17,000 kilometres [10,562 miles], stretching from the port of Chabahar to the northern part of the Indian Ocean.

“This exercise's message is peace, friendship, and stable security”, Tahani said, adding that “for the first time since the victory of the Islamic Revolution [of 1979] Iran is conducting an exercise with two global naval powers on such a level”.

Iranian Foreign Minister Mohammad Javad Zarif, for his part, stressed that the drill is not aimed at other countries, with Chinese Defence Ministry spokesman Wu Qian asserting that the exercises have no connection to recent tensions in the region.

The drills are being held amid US attempts to cobble up a coalition to provide maritime security near Iran's waters, and a string of incidents in the Strait of Hormuz, including attacks on oil tankers, for which London and Washington blamed Tehran, who has consistently denied the accusations.

While the UK, Australia, Albania, Saudi Arabia, Bahrain, and the United Arab Emirates have joined the US-led maritime coalition, Washington’s German and French allies opted not to participate. Japan, in turn, is mulling over sending a small naval force to the region for an independent security operation that was given the go ahead by Iran.