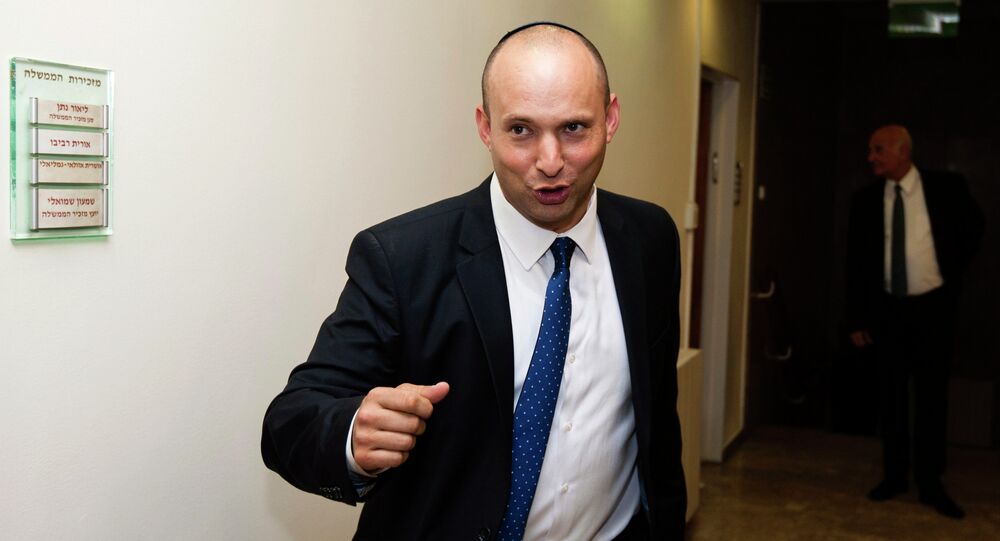 The initiative is reportedly going to be put forward on Sunday by the defence minister Naftali Bennett.

Israeli Defence Minister Naftali Bennett will bring a proposal during Sunday's security cabinet meeting to freeze ILS 149 million ($43 million) that goes to the families of Palestinians killed or injured in clashes with Israeli security and armed forces, the Jerusalem Post reported on Saturday.

In accordance with the Deduction Law, the Israeli defence minister informs the security cabinet on the amount of money paid by the Palestinian Authority to its people each year and then the Israeli Finance Ministry excludes that money from the taxes and tariffs Tel Aviv collects for Palestine monthly, divided by 12.

Tel Aviv says it uses economic tools to ease the tensions in the West Bank and the Gaza strip, pointing out that the money paid through the Fund to the families of those killed encourages terror attacks in the region.

Demonstrations at the Gaza-Israel border have been ongoing since March 2018 and have often resulted in injuries and even deaths.