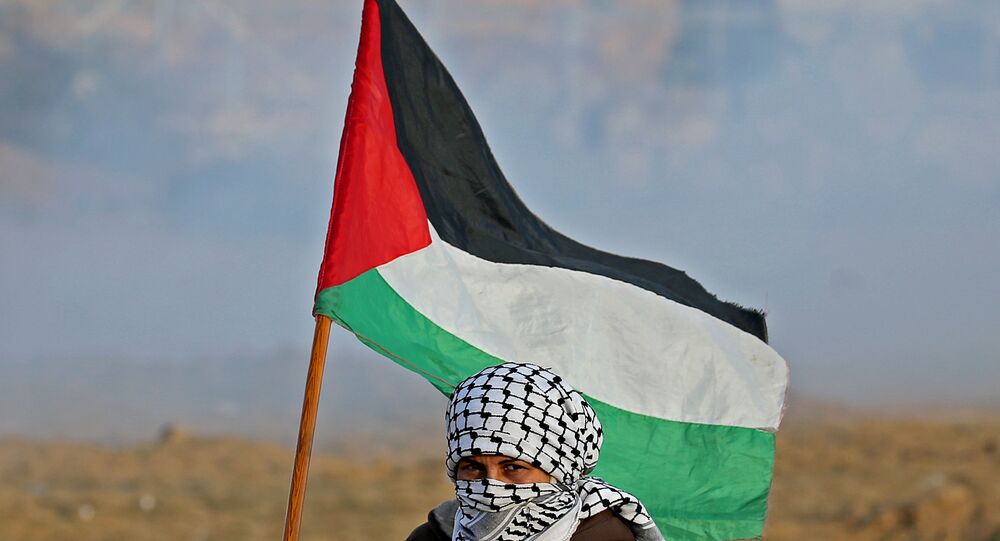 Palestinian Protests Along Gaza Border to Halt Until March 2020 - Organizers

Palestinian organizers have announced that routine demonstrations will be scaled back in 2020 - signaling a potential easing of hostility between Israeli leadership and Hamas within the region.

After almost 20 months of weekly demonstrations, the High Commission for the March of Return and Breaking the Siege announced Thursday that protests will decrease in frequency in the new year.

According to the organization, beginning March 30, 2020, demonstrations will occur on “a monthly basis as well as whenever we need masses to gather and during prominent national occasions.”

“We, in the High Commission for the March of Return and Breaking the Siege, are making this decision and embodying national responsibility,” the statement read, as reported by the Times of Israel. “Through this [decision], we are affirming the Commission’s bold and responsible leadership role.”

Talal Abu Zarifa, an organizing member for the March of Return, informed AFP that the December 27 demonstration would be their last protest along the Gaza-Israel border until March 30.

Demonstrations have been ongoing in the region since March 2018, with Palerstinians demanding access to their ancestral homes within the blockaded Jewish state. Israel has argued that allowing Palestinians back into the region would diminish the state’s status.

These remarks come nearly one week after Hamas spokesman Abdul-Latif al-Qanu commemorated the 85th week of March of Return demonstrations and asserted that the Palestinian masses’ efforts would continue.

“The battle with the occupation is open and the March of Return is one of its forms, and there are ongoing efforts by the Palestinian factions to develop it and maintain its continuity,” he said on December 20, reported Days of Palestine.

Israeli Prime Minister Benjamin Netanyhu recently issued a threat toward those responsible for a Wednesday rocket strike in southern Israel.

"He who fired [rockets] last time isn't with us anymore," he said Thursday, speaking of the killing of senior Islamic Jihad commander Baha Abu al-Ata. "And he who fired now, better start packing his belongings.”

The Israeli leader, who was speaking at a rally for the Likud party - in which he faces a leadership primary Thursday - ahead of the state’s March 2020 general election, noted that he did not consider it to be “an attack on [the Israeli port city of] Ashkelon or me” - despite being rushed off stage during the strike.

"These are recurring attacks on our communities, and they think that we won't hurt them or that we'll break down," Netanyahu said.