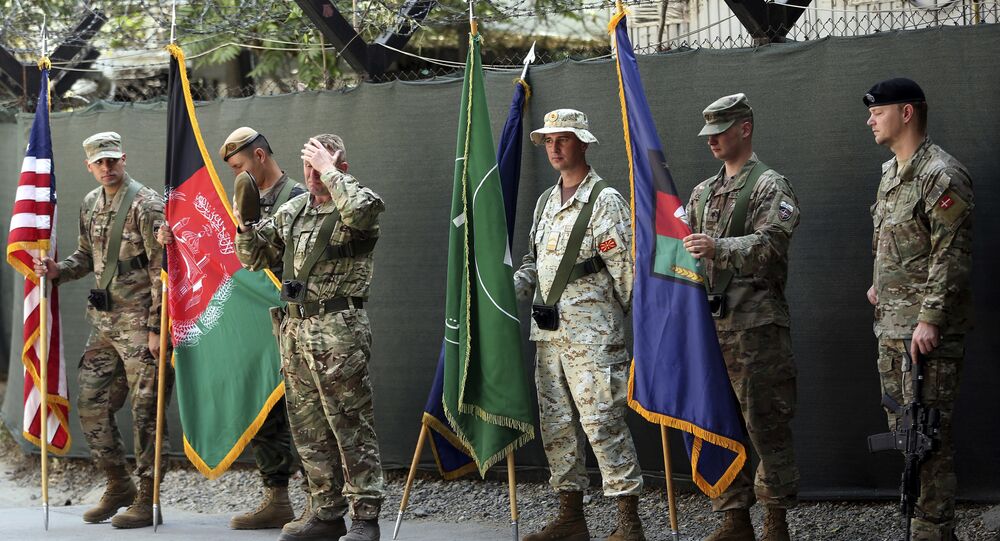 KABUL (Sputnik) - Peace cannot come to Afghanistan until foreign troops leave the country, Gulbuddin Hekmatyar, a presidential candidate in the recent Afghan election, said on Thursday, calling for a national unity government that would negotiate the withdrawal of such forces.

"Peace is not possible in the presence of foreign forces; foreigners have not achieved anything in the war in Afghanistan. We want them to let us make decisions by ourselves", Hekmatyar said at a meeting with the Wahdat-e-Islami party.

He then scolded the incumbent government, calling it another obstacle to peace.

"There will be no peace in the presence of the present government. This government is the main cause of the war. All political parties must reach an agreement on the withdrawal of foreign forces from the country", he added.

According to Hekmatyar, a new government should be formed of all political parties to steer the country toward a transparent election.

"We are aware that the biometric system of the 2,400 polling places consisting of around 400,000 votes was destroyed by the state-building team [of the incumbent president]. This election was full of frauds and the [election] commissions are not independent", he said.

During the meeting, Karim Khalili, the Wahdat-e-Islami leader and a former vice president, agreed with the assessment of the September election as fraudulent. He called Abdullah the winner of the election and warned that no one would be allowed to form a government on the basis of "sham" election.

Abdullah also took the floor at the meeting, pledging to advocate for "clean" election results and not allow the next president to come to power "on the basis of fraud".

On Sunday, Afghanistan's election watchdog announced preliminary election results. According to them, incumbent President Ashraf Ghani was reelected with 50.64 percent of the vote, while Chief Executive Abdullah Abdullah came second with 39.52 percent. Hekmatyar, a former warlord and ex-prime minister, got only 3.85 percent. Both Abdullah and Hekmatyar challenged the results, labelling the vote as rigged.

The country remains torn, as the government is combatting numerous militant groups, including the Taliban movement, which controls vast swathes of Afghanistan and has been fighting against the US-led coalition since the start of the campaign in 2001.

At the moment, the Taliban and the US are engaged in talks in Doha, negotiating a possible withdrawal of the coalition troops in exchange for security guarantees from the militants to prevent terrorist bases from being set up in the country.

* Taliban is a terror group, banned in Russia