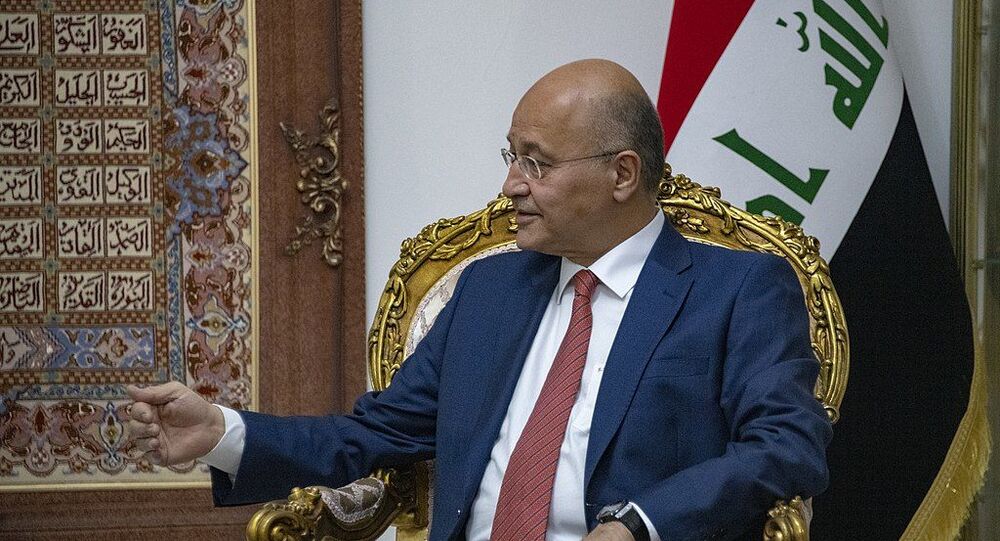 Thousands of people poured into the streets on 23 December as the country's political forces missed the midnight deadline to nominate a new prime minister to replace Adel Abdul Mahdi, who resigned in late October, amid ongoing protests against corruption and the country's political system, introduced after the US-led invasion in 2003.

Iraqi President Barham Saleh has submitted a letter of resignation to the parliament after refusing to nominate the city of Basra’s governor to the head the government.

"I expressed to the parliament members my willingness to resign from the president's post, and they will make a decision, which they consider appropriate, as the nation's representatives", Saleh said in a statement.

The president refused to designate Iran-backed bloc's nominee Asaad al-Idani for prime minister, saying that he is willing to resign rather than appoint a prime minister that was rejected by protesters.

The statement comes after Iraqi parliament voted to overhaul the country’s election laws in a bid to lessen the power of political parties on 24 December.

The new election law, passed by parliament, permits voters to elect individual lawmakers instead of choosing from party lists and allows each parliament member to represent a particular electoral district instead of groups of lawmakers representing entire provinces.

Last week, a source said that the Iraqi parliament delayed the vote on a draft electoral law until 23 December, due to tensions between lawmakers over several of the bill's articles. The discussed articles relate to the percentages of votes, determination of winners, and quotas for women and minorities. Later, MPs were also set to nominate a new prime minister to replace Adel Abdul Mahdi, who resigned in late October amid ongoing protests. Protesters' primary demand was that an independent politician be chosen as prime minister, and not a member of a major political party.

© AP Photo / Hadi Mizban
US Urges Iraq to Conduct Snap Elections, 'Halt Violence Against Protesters' - White House
Nationwide protests in Iraq started in early October and developed in waves of escalation. People demanded the ouster of the government, as well as economic reforms, better living conditions, social welfare and an end to corruption. In November, 66 Iraqi officers were tried for excessive use of force against protesters. As of now, according to the Iraqi Health Ministry, 400 people have been killed in the protests so far, and over 15,000 have been injured.

On 31 October, the Iraqi president said the authorities would prepare a new election law that would replace the current one, and deliver fairer elections in the interests of the people. He also stated that he would approve an early parliamentary election in response to the anti-government protests.