It's been a busy year in Israel, dominated primarily by two election campaigns that resulted in nothing but another round of a general vote, expected in early March. But it has also been a busy decade with major gains and painful losses.

Several downfalls occurred in 2010. First, in May of that year, Israel lost Turkey as a strong regional ally after Israeli forces opened fire killing nine activists on board of the Turkish vessel Mavi Marmara that aimed at breaking the Gaza blockade imposed on the enclave following the takeover of Hamas, an Islamic group considered terrorist in Israel. Although relations with Turkey received a crack before, in 2008 during Israel's operation Cast Lead, when Israel killed more than a thousand Palestinians, many of whom were civilians, the Mavi Marmara was just another nail in the coffin of Israel-Turkey bilateral relations.

Then it was the direct peace talks between Israel and the Palestinian Authority - led by Prime Minister Benjamin Netanyahu and President Mahmoud Abbas - that never brought a breakthrough. Israel declared its commitment to the two-state solution, vowed to remove hundreds of checkpoints across the West Bank to make it easier for the Palestinians to move in the area, promised to cooperate with Palestinian forces to curb potential terror threats, and even instituted an unprecedented 10-month-long moratorium on new construction in Judea and Samaria - but that wasn't enough to reach a deal, as Tel Aviv also urged the Palestinian Authority to recognise Israel's legitimacy as the nation-state of the Jewish people and demanded the demilitarisation of any future Palestinian state.

The year was concluded with the eruption of the Carmel fires, the deadliest forest fire in Israel's history, claiming 44 lives and destroying 2,500 hectares of land.

When 2011 commenced, Israelis were hopeful that it would be a better year. And it was. In March, Israel celebrated the manifestation of justice when former President Moshe Katzav was sentenced to seven years in prison for rape and sexual harassment. For many Israelis, it was proof that the country's judiciary system was objective and honest and that no politician - big or small - could escape facing a trial.

Justice was also needed in Israel's economy and in July thousands took to the streets to demand social reforms. The protests, which dragged for several months, demanded that the government lower the prices on property and basic products that were sold much cheaper abroad. Although the demonstrations didn't bring much change, they did lead to a shift in consciousness and to a series of changes, including a freeze on the climbing property rates and the weakening of several corporations.

But 2011 will be remembered for another act of justice. In October, Gilad Shalit, an Israeli soldier who was kidnapped by Hamas militants in 2006, was released from captivity, but only after the Israeli government approved a deal swapping him with more than a thousand Palestinian prisoners and splitting Israel into two camps: those who approved of the deal and those who didn't.

In 2012, the Israeli public was divided once again, but for a different reason.

In November, Israel launched its operation Pillar of Defence aimed at stopping the indiscriminate rocket fire emanating from the Gaza Strip towards Israeli towns. After the targeted killing of Ahmed Jabari, one of Hamas' top leaders, who was responsible for the kidnapping of Gilad Shalit, the Islamic group responded with fire, launching 1,500 rockets towards Israel. In a week of fighting, Israel killed more than 160 Palestinians and lost two soldiers and four civilians.

Although an overwhelming majority - some 85 percent of Israelis - supported the operation, more than 25 percent thought the timing was not coincidental, as elections were looming.

These took place in early 2013 and brought a victory to Netanyahu, whose Likud party gained 31 seats in the 120-seat Israeli parliament. But they also brought forward a new name in Israel's political game - the name of Yair Lapid, a former journalist-turned politician, who rose to prominence with his Yesh Atid Party by promising Israelis to make a difference on the socio-economic level.

Yet major economic reforms were not passed and the government opted to concentrate more on security challenges than the economy. Another round of talks with the Palestinians under the mediation of Washington lead to a stalemate, whereas the kidnapping and murder of three Israeli teens, coupled with more rockets from Gaza, triggered another war - operation Protective Edge, touted as the most destructive of all Israel-Hamas wars. The confrontation, which claimed more than 2,000 Palestinian lives, brought Israel to the realisation that in order for it to win the battle, the Jewish state needed to find a solution to the Hamas tunnel threat and bolster its advocacy efforts on both the international arena and in social media.

But 2014 will also be remembered for another “bomb”  - the one that landed on former Prime Minister Ehud Olmert when he was sent behind bars for accepting bribes to promote a real estate project in Jerusalem. He was the first Israeli prime minister to be sentenced, and was to 27 months in prison. 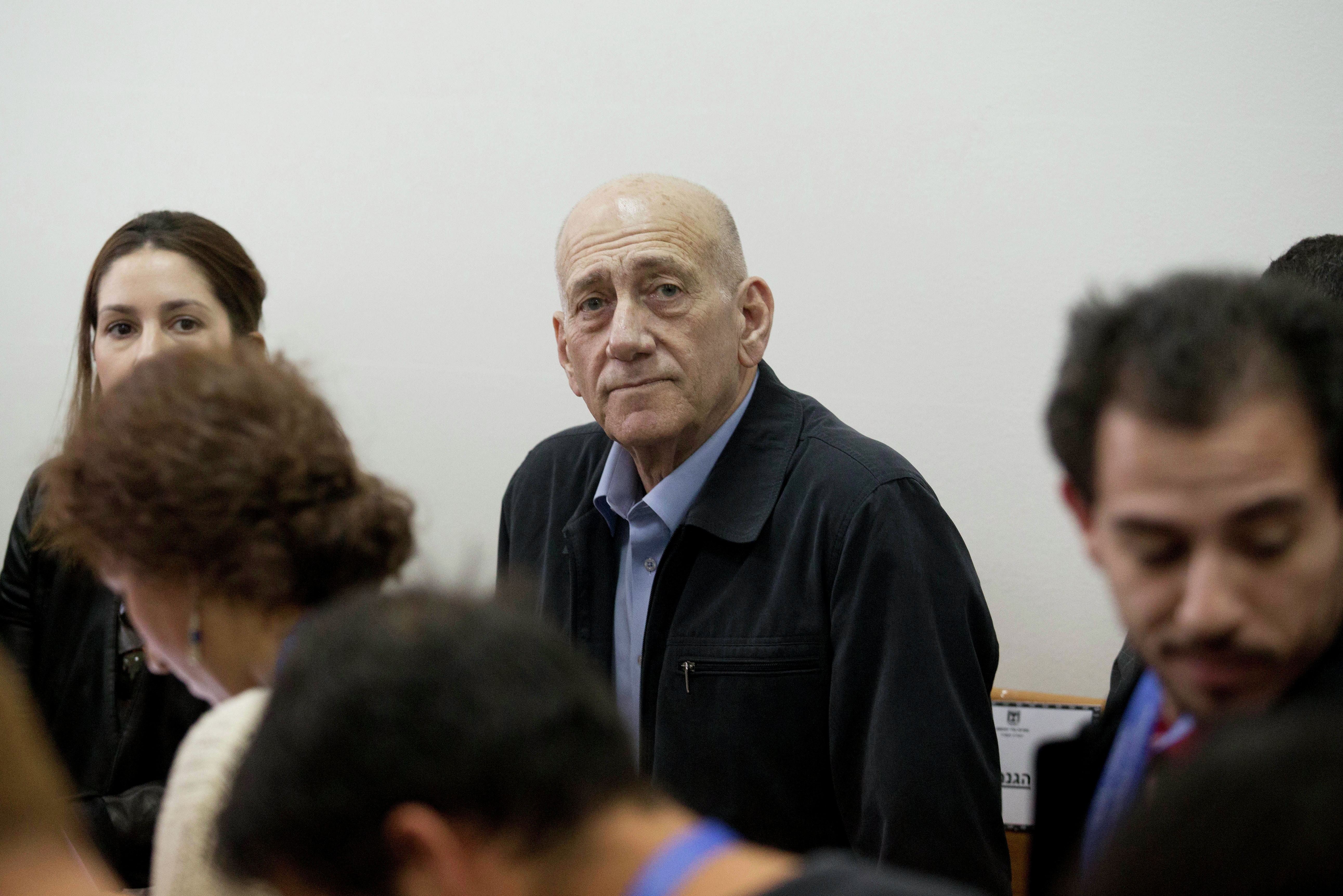 Similar to 2014, 2015 brought little hope for political and security stability. In March, Israelis took to the polls, re-electing Netanyahu to the post of prime minister, and September marked the beginning of the so-called Knife Intifada, a popular Palestinian uprising characterized by the fact that attacks were planned and carried out by individuals, not terror groups or organisations.

Since its eruption and up until today, 87 Israelis have been killed and more than 1,500 wounded in 210 stabbings, 239, shootings, and 77 vehicular attacks.

While many of these terror attacks were largely underreported, there was one that caught the media's attention worldwide. But it targeted Palestinians, not Israelis.

It occurred in July 2015, when Jewish settlers set ablaze a Palestinian family home in the village of Duma, killing three members of the Dawabsheh family.

Almost a year later, in March 2016, another incident received international attention when Israeli soldier Elor Azaria shot and killed a Palestinian assailant after his attempted terror attack in Hebron. Azaria was subsequently sentenced to 18 months in prison - of which he served nine - which led to an uproar amongst the Palestinians, who thought the verdict was too mild, and Israelis, most of whom thought otherwise.

In 2017, when US President Donald Trump made a historic visit to Israel and several months later recognised Jerusalem as the capital of Israel, many thought that the move would make other countries to follow suit. In reality, though, only two states in addition to the US, Honduras and Nauru, followed in Washington's steps.

But year later, in 2018, and following Washington's decision to move its embassy from Tel Aviv to Jerusalem, some countries opened cultural and trade centres in the city that Israel considers as its capital.

But the US move, which was met with enthusiasm by many Israelis, faced harsh criticism from the Palestinians. They vented anger at the decision. In March 2018, they initiated a series of bloody protests along the Gaza border with Israel. The demonstrations - called the Great March of Return - protested against the US Embassy move and demanded that a solution be found to the Palestinian refugee problem.

© REUTERS / Ibraheem Abu Mustafa
A Palestinian demonstrator uses a sling during an anti-Israel protest at the Israel-Gaza border fence, in the southern Gaza Strip December 6, 2019.

Oddly enough, the protests kicked off just two months before the Jewish state celebrated its 70th anniversary since its establishment, launching a series of grand festivities across Israel.

But the celebrations soon turned into domestic instability, as Israel faced two rounds of elections in just one year and Netanyahu, who in 2019 became the longest-serving prime minister in Israel's history, was indicted in a series of graft probes that threaten his political future.