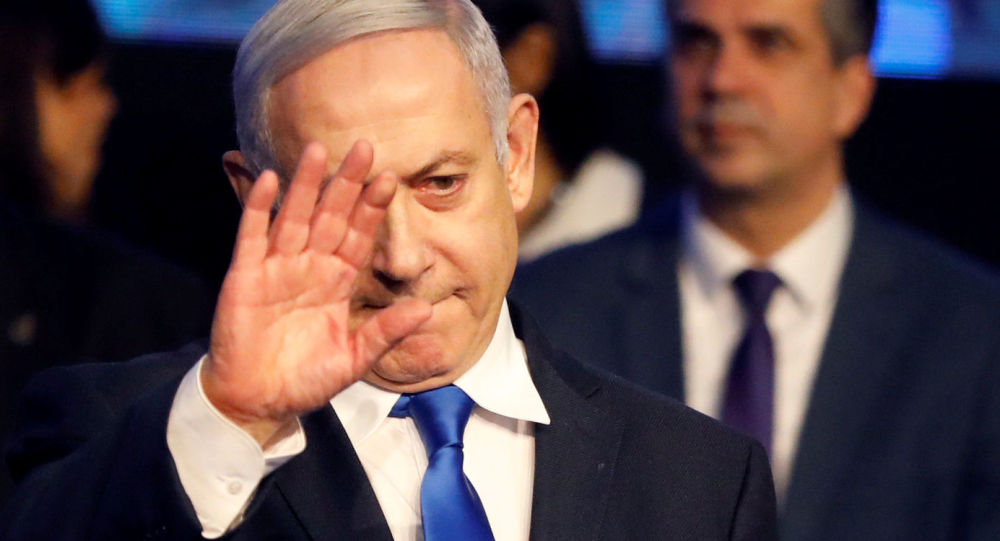 Hamas military posts in the coastal enclave were targeted in response to a recent Hamas strike that prompted Prime Minister Netanyahu to temporarily pause his on-stage address ahead of his upcoming party leadership vote.

The Israeli military reported striking the Gaza Strip early Thursday in retaliation for a rocket that was launched at Israel's south earlier on Wednesday. At the same time, Prime Minister Benjamin Netanyahu was there at an election campaign event.

"Combat jets and helicopters struck several terror targets belonging to the Hamas terror organization in the Gaza Strip, including military compounds," the IDF said in a statement.

The IDF press service said the Hamas group shoulder the responsibility for "everything that happens in the Gaza Strip" warning that it will be "held accountable for its actions against Israel's citizens."

Israel confirmed that the country's Iron Dome missile defence system intercepted a rocket fired from the Strip, while Netanyahu was taking the floor in the port city of Ashkelon. The prime minister was rushed off the stage with his wife Sara to a nearby shelter and later returned to complete the address.

Speaking at the Ashkelon event, the head of state, who will be entering a race for leadership of his Likud party starting Thursday, brought up the Israeli military's killing of senior Islamic Jihad commander Baha Abu al-Ata in the Strip in November, with the development in the conflict prompting a tense exchange of fire between Israel and Hamas.

Netanyahu issued a separate, clear-cut warning to those behind the recent rocket launch:

"He who fired [rockets] last time isn't with us anymore," Netanyahu said. "And he who fired now, better start packing his belongings," the prime minister went on with his emotional speech.

He stressed that this "isn't an attack on Ashkelon or me, it's not that."

"These are recurring attacks on our communities, and they think that we won't hurt them or that we'll break down," he added.

It is not the first time that Netanyahu has been evacuated due to a round of fire. Right before Israel's national vote this year in September, two rockets were launched at the southern city of Ashdod, where the prime minister was attending a campaign event, prompting his being rushed off the stage.

In the wake of the alarming incident, the prime minister held emergency talks with the Israeli security command in Tel Aviv, as he planned rare military action in Gaza. He backtracked on his plans after Attorney General Avichai Mendelblit told him that such a decision has to be approved by the security cabinet first – something that hasn't yet been done.

On Thursday, Netanyahu will go head-to-head with another Likud leadership candidate for the first time in five years, having previously run against Danny Danon, who is currently Israel's ambassador to the UN, and having won the favour of some 85 per cent of voters. This time, Netanyahu's principal rival is former interior minister Gideon Saar, well-known back home for several pivotal social reforms he introduced, including extended maternity leave and increases in education budgets.