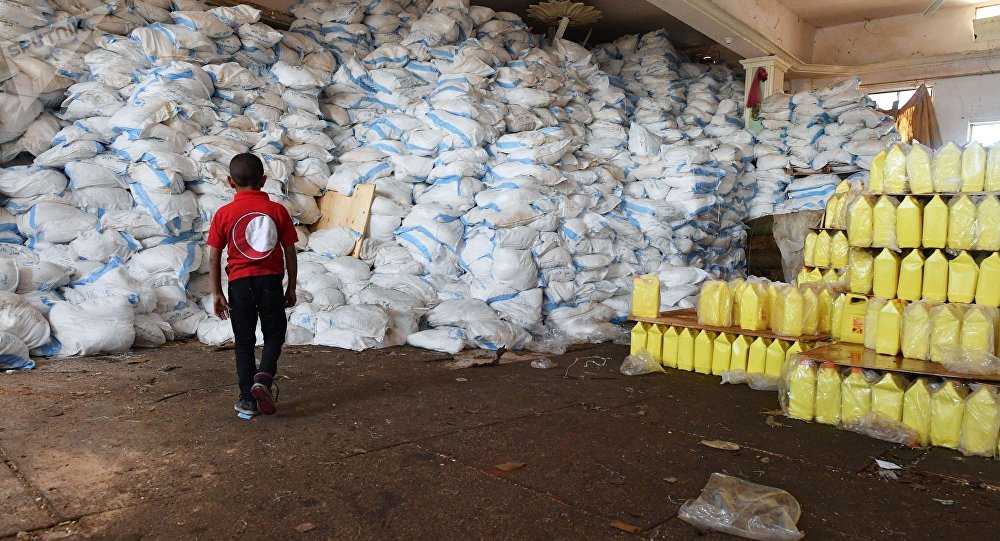 The United Nations Security Council met Friday to vote on two rival resolutions concerning cross-border aid to Syria, with neither managing to receive the necessary support.

“To be sure, there were no winners today; there are only losers. These are ordinary Syrians who risk being left without assistance in the future,” Nebenzya said, his remarks published on the Russian UN mission’s website.

On Friday, the Security Council failed to adopt either of the two rival draft resolutions on the UN-led cross-border aid mechanism amid disagreements about the length of its mandate, and how many crossings there should be.

In the first vote, Russia and China vetoed a resolution sponsored by Belgium, Germany and Kuwait, saying the proposal did not account for the current realities on the ground, and citing the need to obtain the consent of Syria’s recognized government for aid deliveries.

The Russian delegation pointed to alleged ‘politically motivated’ provisions in the draft which it said had nothing to do with humanitarian aid. Furthermore, it argued that the operation of checkpoints bypassing those controlled by Syrian authorities in areas where Damascus has control would be a violation of the country’s sovereignty.

The troika’s draft called for deliveries to be authorized through three crossings, and to be extended for a one year period.

In its place, Russia prepared its own resolution which proposed the authorization of the use of only two of the four existing crossings – the Bab al-Salam and Bab al-Hawa crossings along the Syrian-Turkish border, and only for a six month period before the need to renew them. The Russian resolution received five votes in favour, while four countries voted against it, while Germany, Belgium, Kuwait and Indonesia abstained.

Karen Pierce, the UK’s permanent representative to the UN, rejected the Russian-backed measure, claiming its provisions would result in more dead Syrians. Nebenzya called attempts to blame Russia for the failure to extend the mechanism “completely unreasonable.”

Nebenzya stressed that Moscow remains open to an extension of the aid mechanism to those areas of Syria where such assistance is needed. “We don’t know what will happen when this mechanism expires January 10. But I think that our partners need to be realists, and to understand what they can achieve in this situation, and what is no longer possible,” he said.

Security Council Resolution 2165, the mechanism for the simplified delivery of humanitarian aid and medical supplies to Syria, has been in place since July 2014, and has been renewed annually since then. Under its terms, UN agencies and their partners have the right to use four crossings along Syria’s borders with Turkey, Jordan and Iraq.