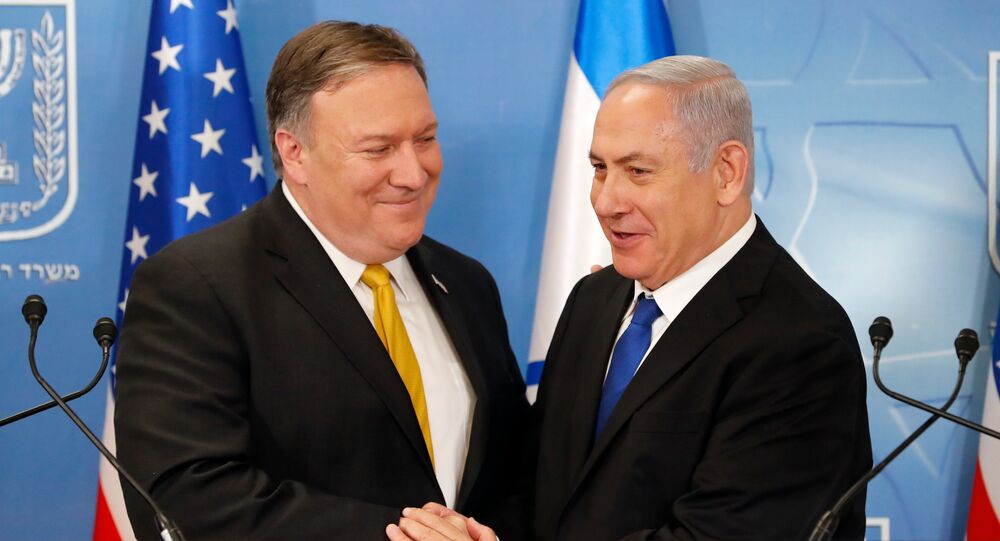 On Friday, the chief prosecutor of the International Criminal Court (ICC), Fatou Bensouda, suggested that the court launch a full investigation into a series of “war crimes” allegedly committed in Palestinian territories by Israel.

US Secretary of State Mike Pompeo on Friday disapproved the ICC decision regarding an investigation into allegations of Israel's “war crimes”, saying that the United States opposes an “unjustified inquiry”.

“Today, the ICC prosecutor raised serious questions about the ICC’s jurisdiction to investigate Israel. Israel is not a state party to the ICC. We firmly oppose this unjustified inquiry that unfairly targets Israel. The path to lasting peace is through direct negotiations,” Pompeo tweeted.

Earlier in the day, Israeli Prime Minister Benjamin Netanyahu said that an ICC investigation would be “scandalous and baseless”, claiming that the court has become “a political tool to delegitimize the State of Israel”. He argued that Bensouda “ignored serious judicial arguments we presented.”

“[The ICC] has no authority to adjudicate the matter. It has jurisdiction only in lawsuits presented by sovereign states, but there has never been a Palestinian state. We will not accept or acquiesce to this injustice. We will continue to fight it with all the tools at our disposal,” the Tel Aviv prime minister said.

On 20 December, Bensouda, the International Criminal Court Prosecutor, announced she would open a full investigation into potential "war crimes" committed by Israel in the Palestinian territories.

"Today, I announce that following a thorough, independent and objective assessment of all reliable information available to my Office, the preliminary examination into the Situation in Palestine has concluded with the determination that all the statutory criteria under the Rome Statute for the opening of an investigation have been met," Bensouda said in a statement.

"In brief, I am satisfied that (i) war crimes have been or are being committed in the West Bank, including East Jerusalem, and the Gaza Strip ("Gaza") (for specifics, see paras. 94-96); (ii) potential cases arising from the situation would be admissible; and (iii) there are no substantial reasons to believe that an investigation would not serve the interests of justice," she added.

Israel has long been in conflict with the Palestinian people, who seek diplomatic recognition of their sovereign state on territories of the West Bank, including East Jerusalem - which is partially occupied by Israel - and the Gaza Strip, for decades.

The Israeli government has refused to recognize that the Palestinians constitute an independent political entity, and continues to build settlements in the occupied areas.

Neither Hamas nor Israel Seeks a Long Term-Truce - Israeli Expert