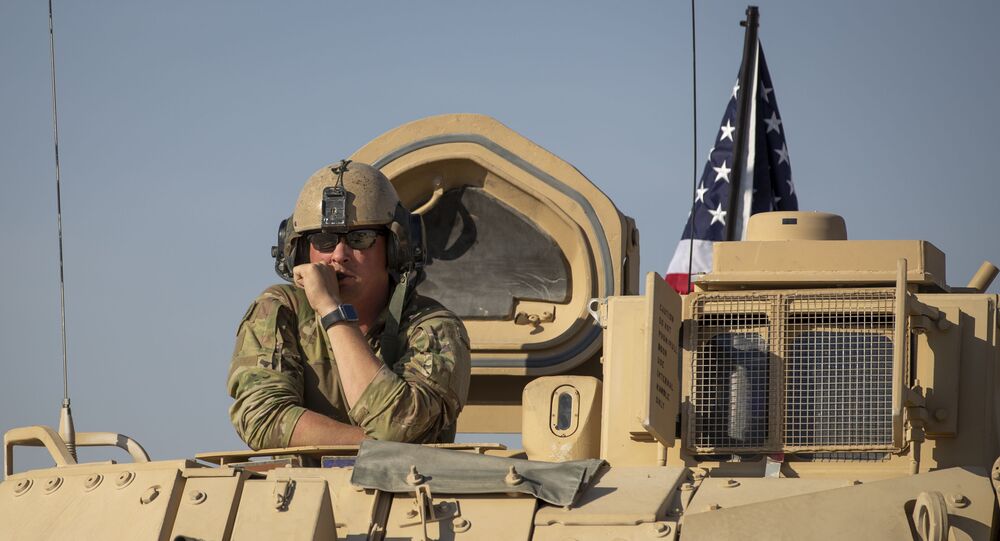 Early in October, the US president announced the withdrawal of American troops from Syrian soil only to partially revert it at a later date. Some US servicemen stayed behind with the Pentagon claiming that they are guarding Syrian oil fields from falling back into the hands of terrorists.

US troops have returned to six out of 16 bases and outposts in Syria that had been previously abandoned during the October withdrawal ahead of a Turkish military operation in the country's north, Anadolu news agency reported.

The agency clarified that the American soldiers have mainly been deployed to the oil rich regions in the country's northeast close to its borders with Iraq and Turkey. According to Anadolu's information, the US holds a total of 11 bases and outposts, five of them located in Deir ez-Zor Province, two more in Raqqa. They are also reportedly building two additional outposts in Deir ez-Zor Province.

Previously, the news agency reported that Washington had sent a group of experts to the al-Omar oil field in Deir ez-Zor Province, currently controlled by local Kurdish militia. These experts are reportedly expected to boost oil production and to train local Kurds how to operate the oil field properly.

Abandoning Kurds and Returning to "Keep the Oil"

US President Donald Trump announced the intention to withdraw American troops from Syria in October just days ahead of the start of a Turkish military operation in the north targeting US allies - Kurdish fighters from the Syrian Democratic forces, which Ankara views as terrorists. The move was largely perceived by Kurds, whom the US funded and supplied with weapons for years, and by a part of the American public as a "betrayal".

Despite initially abandoning many bases in the country's north and northeast, the US returned some troops to "guard" the Syrian oil fields, controlled by Kurds. Trump commented on this saying that the US will "keep the oil" and adding that revenues from its sale will go to the Kurds.

Damascus and Moscow harshly condemned the move, accusing Washington of stealing Syria's resources and calling on to it to return the oil fields to their rightful owner.