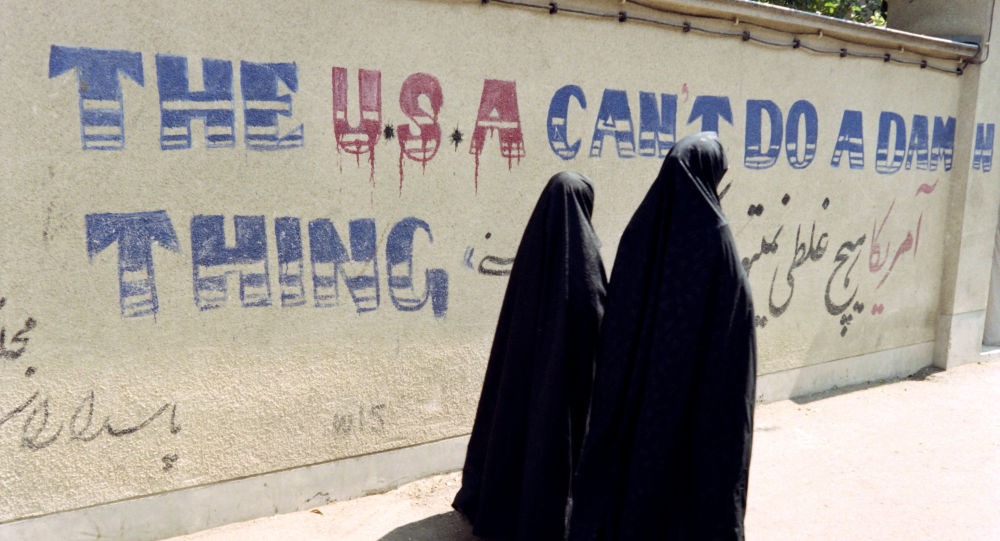 Previously, the country's deputy health minister warned that the US had threatened pharmaceutical companies in order to prevent them from selling medicine and medical equipment to Iran. According to the official, this has created major obstacles for importing crucial drugs, including for patients with special needs.

Chief Justice of Iran Ebrahim Raisi has stated that after failing to pressure the Islamic Republic by orchestrating riots and other means, the US has resorted to "terrorism" by hindering the country’s access to medicine.

"Such measures are not supported by any human or legal right and is a clear sign of economic terrorism and crime against humanity", Ebrahim Raeisi said.

Raisi urged the international community to remain vigilant about the US actions, which it could use to oppress other the rights of other nations, calling for taking "real action […] against such hawkishness".

Earlier in December, Iran's Deputy Health Minister Mohammadreza Shanehsaz warned that supplies of medicine and medical equipment to Iran had been gravely crippled by the US actions.

"[The US] have declared in the letter that they will provide a special line to supply drugs and medical equipment but they use policing methods to threaten the pharmaceutical companies that in case of providing Iran with medicine and medical equipment, they will not be allowed to export to the EU and the US",  Shanehsaz stated.

US Pressure Campaign Against Iran

The US has been pressuring Iran with economic sanctions ever since Washington withdrew from the Iran nuclear deal that saw the removal of international economic measures against the country. Tehran also accused the US of trying to meddle in its domestic politics in November 2019, when protests against sharp rises in fuel prices erupted across Iran.

Iranian President Hassan Rouhani has vowed to combat the US actions, namely by introducing a $39 billion draft anti-sanctions budget, which will ensure a reduction of the country's reliance on oil exports that have been crippled by the US sanctions. Rouhani has also not ruled out negotiating with Washington, but only up to a certain point.

"The government is determined to defeat (the enemy) by bypassing America's sanctions [...] or through various means including talks, but will not cross our red lines", Rouhani said.