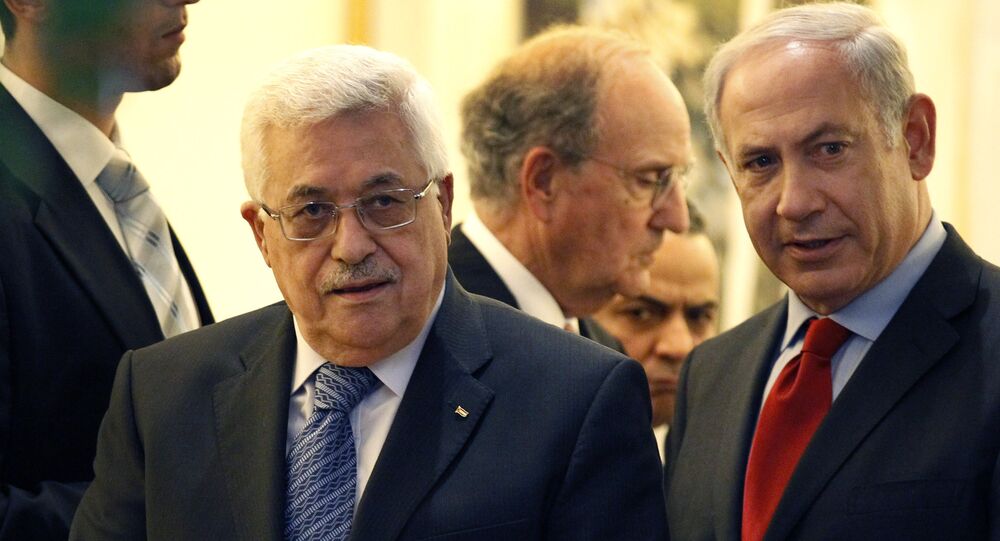 Israeli PM Benjamin Netanyahu was unable to form a governing coalition following national elections in April and September, so Israel is now heading for its third vote in less than a year. Following this parliamentary failure, as well as charges of corruption, Netanyahu is facing a leadership challenge from a member of his own party Likud.

Israeli Prime Minister Benjamin Netanyahu’s challenger for the Likud party leadership Gideon Sa’ar has accused the PM of making “countless” concessions to the Palestinians over the past ten years in his promotion of a two-state solution, which Sa’ar slammed as an “illusion”, The Jerusalem Post reports.

“Around the world, the words ‘two-state solution’ remain a kind of ‘certificate of acceptance”, Sa’ar said during the International Institute for Strategic Dialogue conference in Jerusalem on Sunday as quoted by The Jerusalem Post. “I have to tell you this is not a helpful position. It is not a helpful position because the two-state solution is not a solution. It is a two-state illusion”.

Sa’ar said that negotiations for the two-state solution between Israel and the Palestinian Authority failed to bring about peace, while blaming the Palestinians for never being “interested in ending the conflict”. He also cited a freezing of settlement construction in the West Bank as an example of concessions given to Palestinian President Mahmoud Abbas by Netanyahu during the last decade.

“Countless Israeli governments have tried to further this idea of a two-state solution, and it has never been met by anything other than Palestinian rejection. Even Netanyahu has made countless overtures to [Palestinian Authority President Mahmoud] Abbas”, he stated.

The two-state solution has historically referred to an idea that a Palestinian state could exist independently alongside Israel, although the borders of the projected state remain disputed. In a famous 2009 speech at Bar-Ilan University, Benjamin Netanyahu expressed his support for the creation and existence of a Palestinian state but since then his stance has changed considerably.

Sa’ar said during his speech on Sunday that he sees the creation of an autonomous Palestinian entity, potentially in a federation with Jordan, as a possible solution to the ongoing Israeli-Palestinian conflict.

“Between the Jordan River and the (Mediterranean) Sea there cannot be another state”, the Likud politician reportedly said.

This is not the first time that Sa’ar has publicly expressed his opposition to the two-state solution. He recently was among a group of lawmakers who sent a letter to the US warning about the dangers of calling for a two-state solution. The lawmakers said that a possible reference to this idea and the establishment of a Palestinian state was “far more dangerous” than efforts to boycott the Jewish state with the BDS movement.

Donald Trump’s son-in-law and one of the leading figures in brokering a peace deal between the Israelis and Palestinians, Jared Kushner, also recently said that the US administration would try to avoid referring to the two-state-solution in the upcoming peace plan, while insisting that this idea just  means “different things to different people”.

Benjamin Netanyahu has been under increased scrutiny recently, even from his own party Likud, following his failure to obtain enough seats in Parliament during April and September votes as well as inability to form a coalition government, which paved the way for an unprecedented third national election in less than a year next March. According to some reports, one right-wing Israeli politician also earlier told his associates that his bloc will not “blindly” follow Netanyahu again to form the next government if he is unable to secure enough votes in the upcoming election and will back another candidate to form the government instead.

All these failures have prompted Gideon Sa’ar to offer his candidacy as a potential replacement for Netanyahu as Likud leader, arguing that only he can “enable Likud to remain in power” following Netanyahu’s divisive agenda and inability to put together a coalition. Although most Likud parliamentarians are currently backing Netanyahu, the future of the party’s top echelons is set to be decided in an upcoming leadership primary on 26 December.