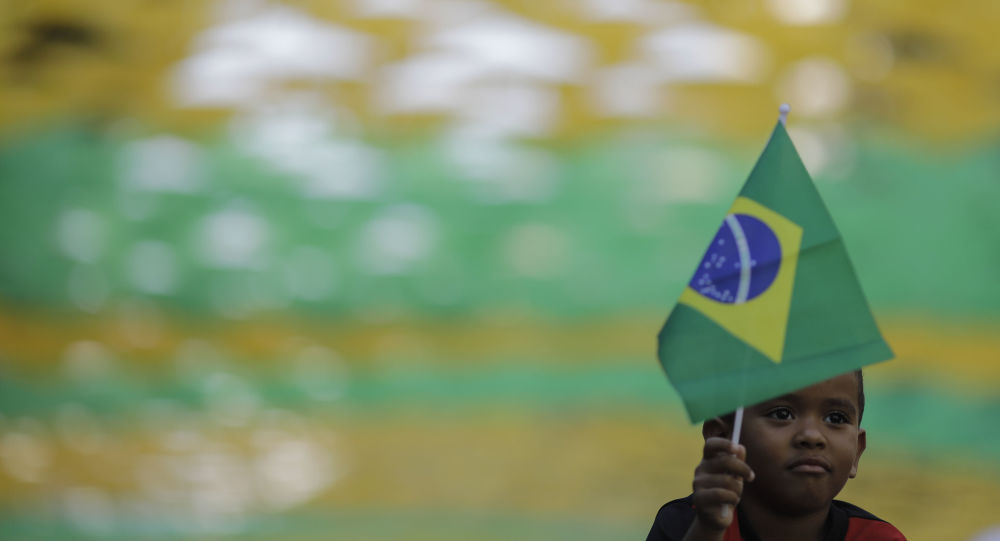 MOSCOW(Sputnik) - Eduardo Bolsonaro, the son of the Brazilian president and chair of the parliamentary committee for international affairs, confirmed Sunday his country would move the embassy to Jerusalem next year, Israeli Prime Minister Benjamin Netanyahu said.

"The opening of the APEX office here in Jerusalem is part of something that we have agreed upon in the tightening of relations between Israel and Brazil. And here it's happening today as part of President Bolsonaro's commitment to open an embassy in Jerusalem next year", Netanyahu’s was quoted as saying.

The two met before a ceremony to inaugurate an office in Jerusalem of the Brazilian trade and investment promotion agency (APEX), according to a statement published by Netanyahu’s press office on Facebook.

Eduardo Bolsonaro confirmed the plan, saying Brazil remained committed to moving the embassy to Jerusalem. He also gave Netanyahu his cellphone to speak directly with President Bolsonaro during their meeting.

"I was with President Jair Bolsonaro before I came here... He's going to move the embassy to Jerusalem. He's going to do that. We want to do a movement to Jerusalem, not only for Brazil, but to be an example to the rest of Latin America", Eduardo Bolsonaro was quoted as saying.

© AP Photo / Lefteris Pitarakis
'We Love Israel': Faroe Islands Defy Denmark With Plan to Set Up Embassy in Jerusalem
Both Israel and Palestine see Jerusalem as their capital, and the status of the holy city has long been regarded as a matter that must be resolved through the Palestinian-Israeli peace process.

The United States announced in May of last year it would relocate its embassy in Israel from Tel Aviv to Jerusalem, provoking a huge global backlash. But Brazil, Honduras, the Czech Republic, Guatemala and Nauru followed in US steps by recognizing the disputed city as Israels's undivided capital.