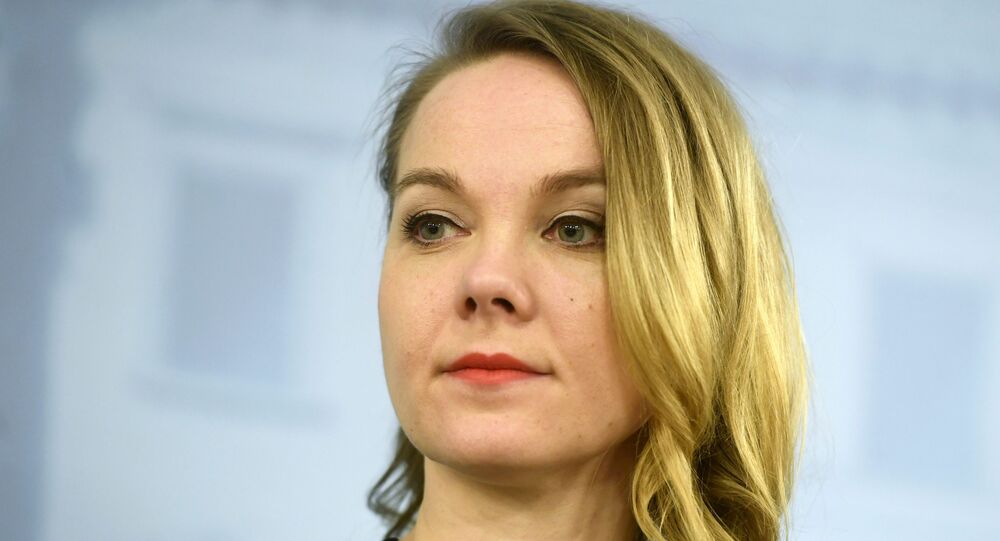 There are around a dozen Finnish women and more than 30 children stranded at al-Hol camp in northeastern Syria, where Kurdish militias have a de facto autonomous administration. The Finnish government is working to repatriate the children, but the Kurds don’t want to see the women separated from their kids.

Finland’s finance minister has apologised fpr an Instagram poll in which she asked citizens whether captured women associated with Daesh* should be brought back from Syria.

There are at least 11 Finnish women, who travelled to Syria to join the jihadists, and over 30 of their children being held at the Kurdish-run al-Hol displacement camp in northeastern Syria.

Katri Kulmuni, the Centre Party leader who took over as minister just this week, posted an informal poll on Friday asking whether the government should allow those women to return, or just their children.

She deleted the poll and issued an apology later that day after criticism from a member of international watchdog Human Rights Watch.

“A state should respect the rights of its citizens in all cases, not put life-and-death decisions about those citizens to a public referendum on social media.”

This is awful, if true. A state should respect the rights of its citizens in all cases, not put life-and-death decisions about those citizens to a public referendum on social media.

What’s next, public hangings based on the volume of stadium cheers? https://t.co/J1Ggl5dx3h

“My aim to have a discussion on social media about a complicated topic failed. I apologise for the poll,” Kulmuni tweeted later that day, describing the poll as “unsuccessful”.

Is there any plan in Finland on what to do with the detainees?

Finland’s previous government had refused to provide assistance to its Daesh-linked nationals in Syria, but said it would receive anyone who returns to Finland on their own.

The new centre-left government, a coalition of five parties, has yet to formulate its stance on the women held at al-Hol, who some fear could engage in terrorist activities again when on Finnish soil. The prime minister, Sanna Marin, said on Wednesday that the foreign ministry had started working to repatriate the children.

However, Finnish broadcaster Yle reported this week, citing leaked official documents, that Marin’s government had actually prepared a plan to bring back “all individuals who agreed to repatriation”, which includes women. The foreign minister has denied the existence of such a plan.

Reports from earlier this year suggested that two Finnish men are being held in a Daesh prison in Syria, but there has been no word on whether the government looks to repatriate them as well.

A number of opposition parties that oppose the repatriation filed a motion on Wednesday to hold a no-confidence vote in the government, questioning the transparency of its intentions over the Finnish captives.

How many foreigners are there in al-Hol?

Al-Hol is severely overcrowded and houses roughly 70,000 people, most of them women and children, of whom 11,000 are estimated to be foreign nationals (neither Syrian nor Iraqi). Kurdish militants operating the camp oppose family separations. Another 2,000 foreign fighters are being held in jails in north-east Syria.

The European Convention on Human Rights gives parents the right to “family life”, although it also allows authorities to interfere with it in accordance with the law, if necessary.

The Kurds want all detainees to go back to where they came from. Donald Trump has also called on Europe to take them back, but the European countries prefer to have their nationals tried in the region because they think many of those detainees, including the women, would pose a security threat.

The chances of them standing trial in Iraq, where terror-related cases are in abundance, are slim. Turkey is unlikely to agree as well, which leaves Syria as the only option. President Bashar al-Assad told a French magazine in an interview last month that he would have the foreign terrorists prosecuted “in the areas controlled by the Syrian state”. This means that unless there is a deal between the Kurds and Damascus, and some action from Europe, the detainees will be kept at al-Hol.

*Daesh, aka ISIS/IS/Islamic State, is a terror group banned by Russia, the United States, and the United Nations.