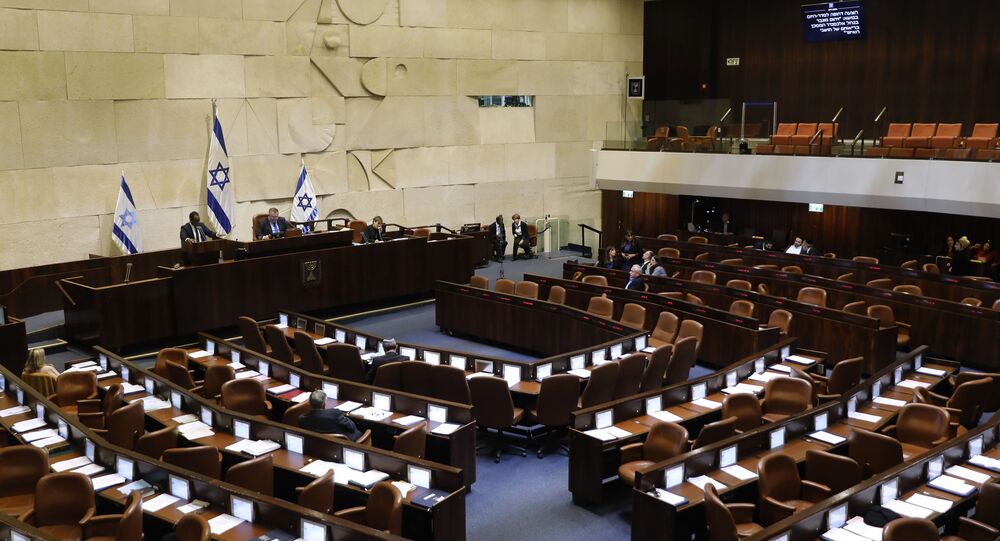 TEL AVIV (Sputnik) - Israel's unicameral parliament, the Knesset, passed on Wednesday an initial bill to dissolve its 22nd convocation, according to a statement it released on its website.

"The Knesset plenum passed in a preliminary reading the bill to dissolve the 22nd Knesset and hold elections for the 23rd Knesset on March 2, 2020. ... The final votes on the legislation are expected to take place before midnight [22:00 GMT]," the statement read.

The current convocation lasted less than three months, the shortest period in the country's history. The bill was passed hours before the legislature's mandate to form a governing coalition expired.

On Monday, Israel's two largest parties, Likud and the Blue and White political alliance, agreed that if the current Knesset dissolved itself as expected on Wednesday, the country would hold new a parliamentary election on 2 March.

Following the April general election, Prime Minister Benjamin Netanyahu, the head of Likud, failed to form a viable coalition. Another election in September saw Benny Gantz of the Blue and White alliance pull slightly ahead of the current prime minister but still fall short of a majority.