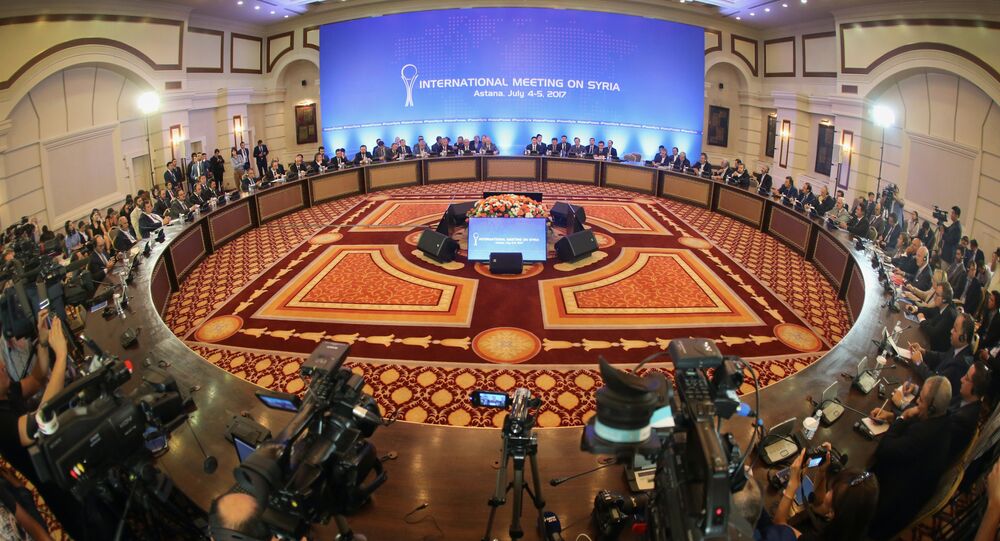 NUR-SULTAN (Sputnik) - The first day of the 14th round of Astana-format talks on Syria in the Kazakh capital has started with a bilateral meeting between the Russian and Iranian delegations.

A number of closed-door bilateral and multilateral meetings among the representatives of ceasefire guarantor states (Russia, Turkey, and Iran), Syrian parties (government and opposition) and the United Nations will take place on Tuesday. On Wednesday, a plenary session will be held with Jordan, Lebanon, and Iraq joining as observers.

The Syrian Constitutional Committee's work and the situation in Idlib are the main topics on the agenda.

Earlier in the day, Kazakh Foreign Ministry spokesman Aibek Smadiyarov told reporters that all the delegations had arrived in Nur-Sultan. He also said that the Jordanian delegation is being led by its ambassador to Kazakhstan.

Damascus is traditionally represented by Syria's Envoy to the United Nations in New York Bashar Jaafari, while the Syrian opposition is represented by Ahmad Tomah.

UN Special Envoy for Syria Geir Pedersen is attending the talks on behalf of the United Nations. Moreover, representatives of the International Committee of the Red Cross and the Office of the United Nations High Commissioner for Refugees have come to hold a regular meeting for the working group on the release of detainees.