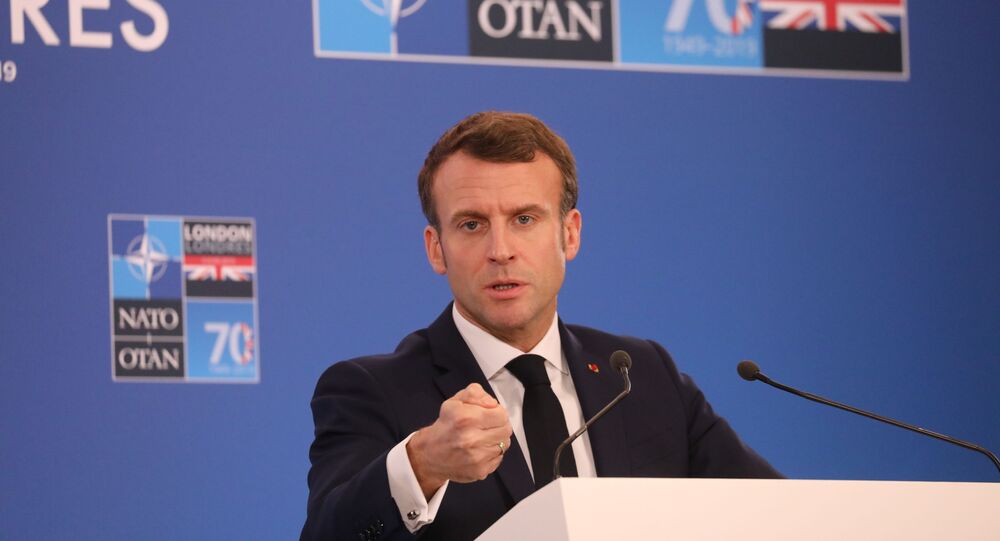 Emmanuel Macron: 'No Consensus Possible' With Turkey on Terrorism Definition

Earlier, the French president said that NATO members do not have the same "definition of terrorism", adding that France has paid with its "soldiers' lives".

No consensus is possible with Turkey on the definition of terrorism, French President Emmanuel Macron said during a press conference after a NATO summit in London.

"The definition of terrorism - I do not see a possibility of consensus on this issue. We all have agreed that there is no consensus between us on this. Evidently, we are not ready to classify the YPG as a terror group," Macron said.

During a press conference with US President Donald Trump ahead of a NATO summit on Tuesday, Macron said that NATO members do not share the same definition of terrorism:

"When I look at Turkey, they now are fighting against those who fought with us shoulder to shoulder against [IS]... if we just have discussions about what we pay and we don't have clear discussions about such a situation, we are not serious."

Speaking ahead of a NATO summit on Tuesday, Turkish President Recep Tayyip Erdogan said that Ankara would not support NATO's plan to boost the protection of Poland and the Baltic states unless the alliance recognises as terrorists the groups Turkey views as threats to its national security - primarily the YPG, or People's Protection Units.

The Kurdish-led Syrian Democratic Forces (SDF) have been key allies of the US-led coalition in its fight against Daesh* in Syria. The YPG is a section of this group.