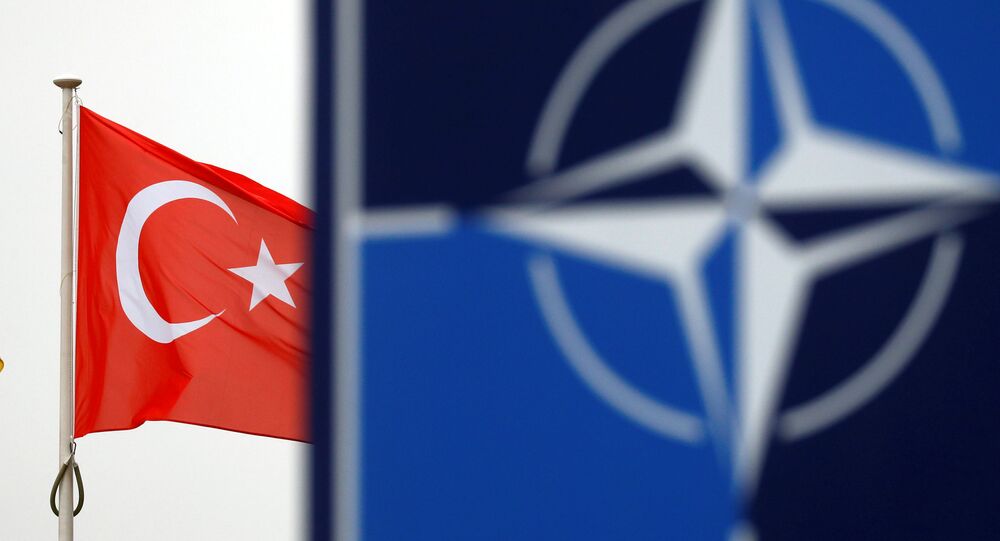 Reuters reported earlier that Ankara had vetoed NATO's defence plan for Poland and the Baltic states, allegedly over the US refusing to support the same for Turkey, after Ankara suggested naming the Kurdish YPG militia a terrorist organisation.

A spokesman for the Turkish government, Fahrettin Altun, criticised NATO policy toward Ankara, days ahead of the alliance's summit on 3-4 December. Altun tweeted that despite the promises of collective defence in case of attack and Ankara's continuing "contributions" to the alliance, Turkey has not received the "robust support" from NATO it feels that it is owed.

Turkey has not received the kind of robust support it expected from NATO in recent years.

Despite this, Turkey has contributed to various NATO missions with its second largest army in the organization.

Altun warned that a failure to "adequately acknowledge legitimate threats" and security concerns of member states might "weaken" NATO and render it non-credible, apparently referring to an unwillingness of the alliance and its member-states to agree with Turkey in naming certain Kurdish groups as terrorist organisations.

Collective security is the most important pillar of stability in peace times and security in war times.

A failure to adequately acknowledge the legitimate threat perceptions and security concerns of member states will weaken the alliance and make NATO less credible.

The spokesman added that despite problems, Turkey will continue to contribute to NATO's collective defence, but expects the current situation to change and receive a quid pro quo.

© CC0
'Article 5, Not F-35': French Minister Lashes Out at US for Forcing NATO Members to Buy Its Weapon

His statements come on the heels of several reports by Reuters saying that Turkey vetoed approval of NATO defence plans for Poland and the Baltic states allegedly over member-state refusals to approve a separate plan for Turkey after the US withdrew support. The Turkish defence plan suggested action in case of attack on the country from Syria and included NATO naming the military wing of Kurdish Syrian Democratic Forces (SDF), YPG, a terrorist organisation.

The US and other NATO members have condemned the recent Turkish military invasion of northern Syria which predominantly targeted the Kurdish YPG. Despite the SDF being a valued US ally for many years in the fight against terrorism in Syria, Washington pulled its troops from the territories affected by the Turkish operation, leaving them alone to combat Ankara.