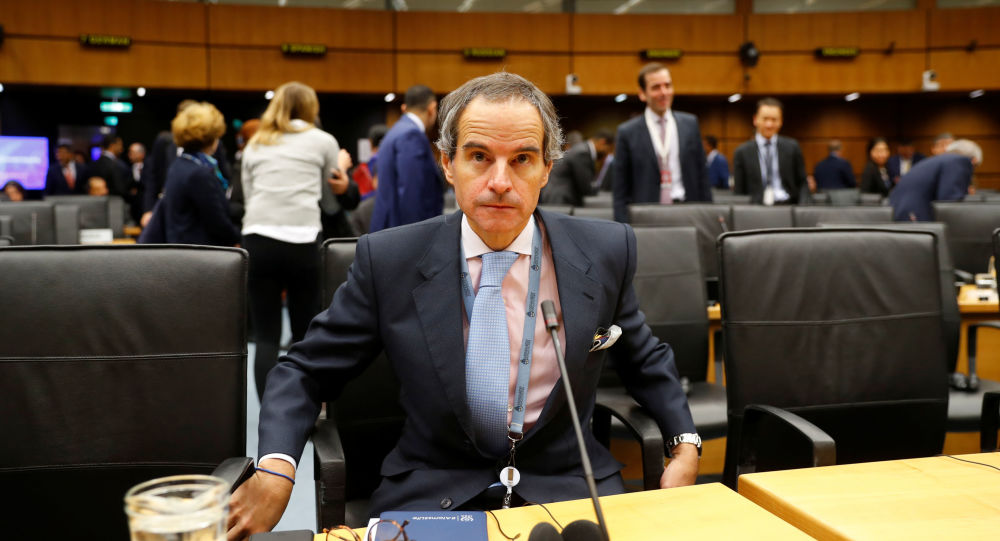 VIENNA (Sputnik) - The IAEA General Conference on Monday at a special session approved the appointment of Grossi to the post of the agency's news chief. He will begin his duties on Tuesday.

"In terms of going there, it will happen, quite clearly. I am not sure when, but I suppose it will in the relatively near future", Grossi said, adding that he would speak with Iranian officials soon and start planning for the visit.

He also said during the press conference that Iran was a priority for the IAEA.

"We are going to have a first contact with the Iranian authorities this week, and following that first contact, which I will have with them, we are going to plan a next visit or a next meeting that could be held here in Vienna too," Grossi said.

Grossi stressed that IAEA strictly adheres to its mandate in regard to the Iranian nuclear program, and strives to maintain constructive and professional relations with Tehran in order to fulfil this mandate. He added that the topic of the discovery of uranium particles at undeclared Iranian sites is still being discussed with Tehran.

"There is a constant exchange with them, but we still have not reached a satisfactory point, so the discussion continues," Grossi said.

Grossi added that he would step up his efforts to find optimal ways of financing the agency's increasing activities.

"I will step up my determination and our determination to find ways of funding the activities that we need, that we must carry out in order to benefit our member states", Grossi said in his designate statement.

The agency strives to expand the scope of its activities so that nuclear energy is used for peace, he added.

The top IAEA official also said that he set himself the goal of achieving gender equality at positions within the agency.

Grossi, the first Latin American to head the IAEA, has become the agency’s sixth head since it was founded in 1957. The head of the IAEA is appointed for four years.