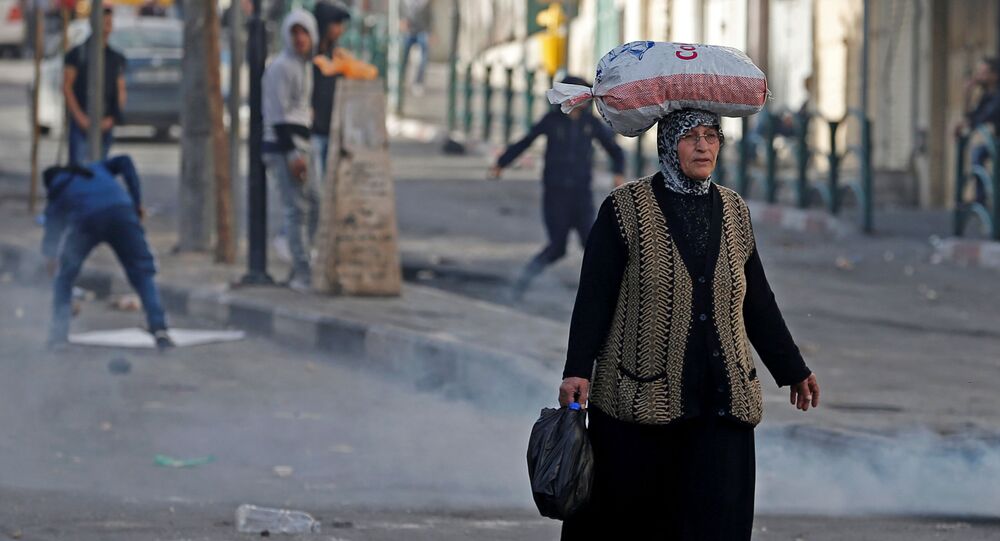 TEL AVIV (Sputnik) - Israeli Defence Minister Naftali Bennett approved on 1 December the planning of a new Jewish neighbourhood in the city of Hebron in the southwestern part of the West Bank, the ministerial press service said.

Naftali Bennet ordered to hand the relevant notification to the Arab municipality of the city.

The Jewish neighbourhood will be built on the territory of the market, which closed in the 1990s, while the market buildings will be demolished. The Palestinians, however, will retain the rights to the properties on the ground floors.

Hebron is the largest city in the West Bank and the second largest in the Palestinian territories after Gaza. The city is divided into two sectors, controlled by the Palestinian Authority and Israel.

© CC BY 2.0
Israel Reinforcing Troops in West Bank After IDF Soldier Found Dead Near Hebron
Israel has been in control of the Palestinian-majority West Bank since the Six-Day War in 1967. Since then, more than 120 Israeli civilian settlements were built in the disputed area.

Among the international documents that codify the unacceptability of such practice is Article 49 of the 1949 Fourth Geneva Convention on the protection of civilian persons during times of war, which reads that "the Occupying Power shall not deport or transfer parts of its own civilian population into the territory it occupies".

UN Security Council Resolution 2334, which was adopted unanimously in 2016, is another such document. It states that Israel's building of settlements on Palestinian territories constitutes a violation of international law.