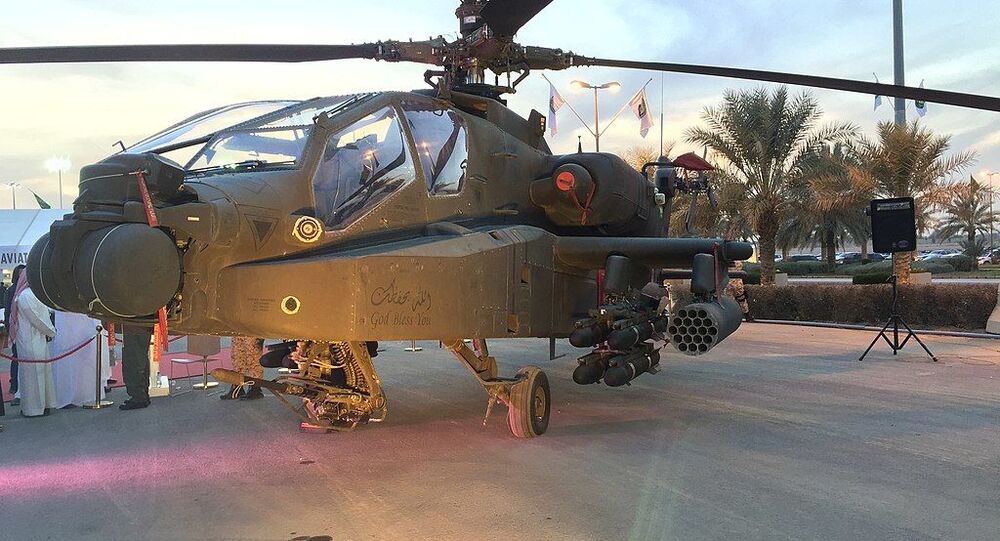 Video of Alleged Downing of Saudi Helicopter by Houthis Released

The Yemen-based Houthi movement claimed to have shot down a Saudi helicopter near the border with Saudi Arabia on Friday, according to the group's spokesman. The Saudi-led coalition hasn't commented on the report yet.

An alleged video showing a Saudi helicopter being downed near the frontier with the Saudi Arabian region of Asir, which borders the northern part of Yemen, has been published on social media platforms.

The video shows an alleged Saudi Apache attack helicopter that was reportedly hit by a new surface-to-air missile launched by Yemeni air defences. Riyadh has yet to confirm or deny the Houthis' claims.

​On Friday, the Yemen-based rebel movement claimed to have brought down a Saudi chopper near the border with the kingdom.

Earlier in November, the Houthi movement reportedly carried out a large-scale military operation against the Saudi-led coalition in the Red Sea port city of Mocha in response to the latter’s massive attacks in the province of Al Hudayda.

He claimed that over 350 coalition troops, including Saudis, Emiratis, and Sudanese, had been killed or injured during the operation. The Houthis also allegedly destroyed five arms depots, a number of armoured vehicles, and disabled Patriot systems.

The armed conflict in Yemen between Saudi-led forces and the Houthis has been ongoing since 2015, when the Saudi-led coalition commenced a military intervention in the country at the request of Yemeni President Abdrabbuh Mansur Hadi, who had been ousted from power and fled to the kingdom earlier that year. In December 2018, during UN-led consultations in Sweden, the parties agreed to a ceasefire in the port city of Al Hudaydah, an exchange of prisoners, and the establishment of humanitarian corridors in the area.