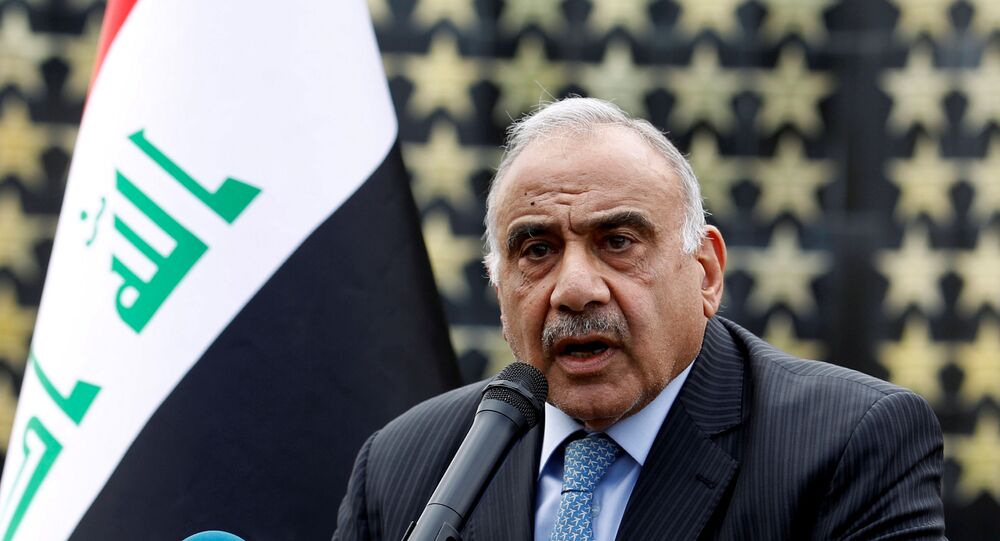 Iraq’s Prime Minister Adel Abdul Mahdi stated earlier that he had paid heed to the message of the Iraqi Shiite religious authority about the severe situation in the country and the incapability of the authorities to deal with the problem over the last two months.

The prime minister has submitted his resignation letter to the parliament, following weeks of protests in Iraq, local media reported.

"The resignation is an important step to end the crisis. I am asking the parliament to choose a new candidate as soon as possible, because the country in the current situation will not survive without a governance of its daily activities", Mahdi said, as aired by Al Jazeera broadcaster.

According to media reports, the parliament will vote on the resignation of the prime minister on 1 December.

Adel Abdul Mahdi earlier promised to resign after Iraqi President Barham Salih said that the prime minister was ready to step down amid nationwide protests. This happened shortly after influential Shiite politician Muqtada Sadr, one of the leaders of the Sairoon parliamentary bloc, together with other political parties pushed for a no-confidence vote in the government.

© CC BY 2.0 / Thierry Ehrmann / A Daesh flag
Recent Unrest in Iran's Province Bordering Iraq Staged by Daesh-Linked Rioters - Governor
Prior to this, 66 Iraqi officers stood trial for excessive use of force against protesters. According to the Iraqi Health Ministry, the death toll from the protests is currently 400 people. About 15,000 people have reportedly been injured in the clashes with police.

Nationwide protests in Iraq started in early October, with people demanding the government's resignation, as well as economic reforms, better living conditions, social welfare, and an end to corruption.