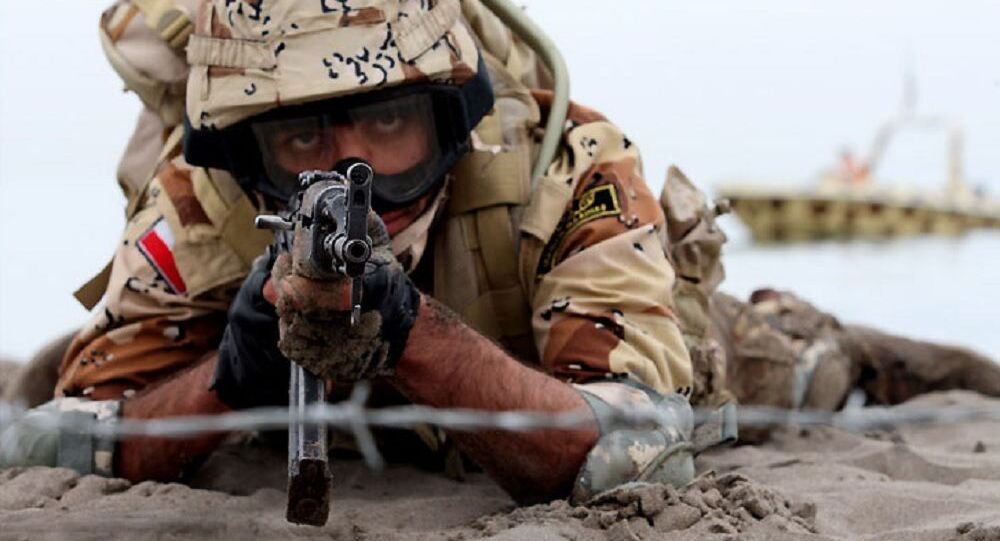 The warning comes a few days after Hossein Salami pledged that the Iran’s Islamic Revolutionary Guards Corps would obliterate the US, Israel and Saudi Arabia if they cross what he described as Tehran’s red lines.

“Enemies should be careful because the Iranian nation is great, strong and resistant; we tell America, England, Israel, and their allies that you would receive a response if you continue your hostile actions … the Iranian nation defeats enemies at any scale,” Salami told a gathering of the Basij militia in Hamedan province on Thursday.

He also praised Iran for preventing efforts to isolate the Islamic Republic, adding that enemies are now ‘confused’ and losing their political clout.

The remarks were the latest in a series of warnings to Iranian adversaries that the IRGC commanders have made in the past few months.

Earlier this week, Salami pledged that the IRGC would destroy the US, Israel and Saudi Arabia if they cross Tehran’s “red lines”, a statement that was preceded by IRGC Navy Commander Ali Reza Tangsiri warning in October that “bitter fate” is in store for any country that encroaches on Iran’s sea border.

This was preceded by IRGC Aerospace Force Chief Amirali Hajizadeh saying in September that “everybody should know that all American bases and their aircraft carriers, at a distance of up to 2,000 kilometres around Iran, are within the range of our missiles”.

The statements were made against the backdrop of aggravating ties between Washington and Tehran relations, which soured after President Donald Trump decided to unilaterally withdraw Washington from the 2015 Joint Comprehensive Plan of Action (JCPOA), or the Iran nuclear deal, re-imposing sanctions against the Islamic Republic in May 2018.

An array of developments has since then added further to the deterioration of bilateral ties.

These included several attacks on commercial tankers in the Gulf of Oman and Strait of Hormuz this past summer, as well as drone strikes on Saudi Arabia’s Aramco oil facilities on 14 September, something that Washington blamed on Iran which in turn rejected the accusations.

Trump responded to the developments by ordering slapping more anti-Iranian sanctions, while Iranian President Hassan Rouhani insisted that the US restrictive measures were nothing but acts of “international piracy” and “merciless economic terrorism”.