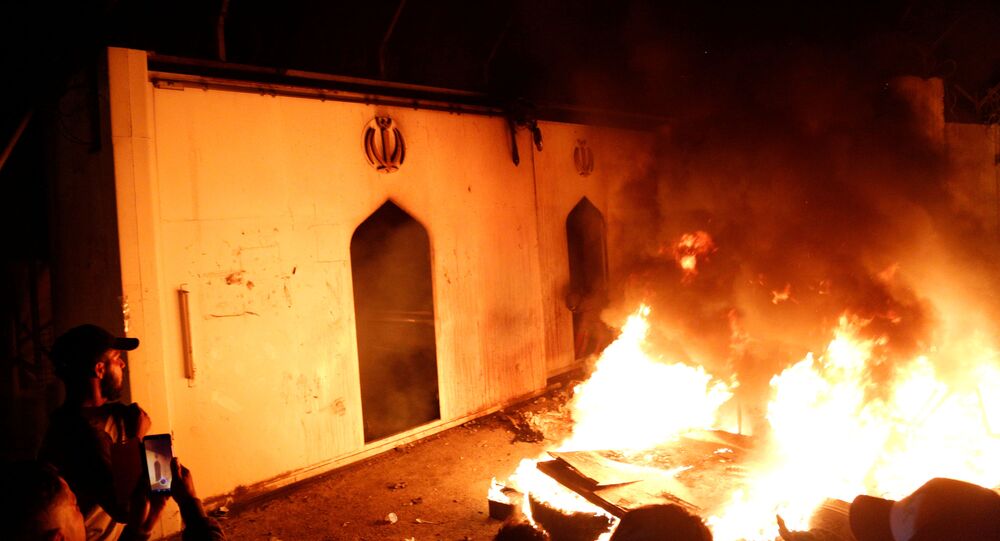 MOSCOW (Sputnik) - Forty-seven police members were wounded in clashes with demonstrators outside the Iranian consulate building in Iraq’s southern city of Najaf, Luay Yasiri, the governor of the Najaf province, told Al Arabiya on Thursday.

"Forty-seven Najaf police members were wounded during the developments close to the Iranian consulate", Yasiri said.

The governor emphasized that firefighters were still working to extinguish the fire at the consulate building.

The Iraqi Foreign Ministry has condemned the attack on the Iranian consulate, adding that the assault sought to harm relations between the two states.

The police have been instructed to avoid using live ammunition for dispersing the demonstrators, the Governor added.

On Wednesday, the provincial authorities introduced a curfew in the area as dozens of people were involved in the clashes between demonstrators and security forces. A security source said that more than 80 people were injured in the violence. Moreover, the demonstrators set the Iranian consulate building on fire.

As #IRGC terrorists suppress the #Iranian people into quiescence, the #Iraq|i people arise and seize the movement. Footage showing mullah regime consulate in #Najaf on fire. This is the regime’s third consular mission in Iraq set ablaze by the Iraqi peoplepic.twitter.com/5yTyVsH6xn