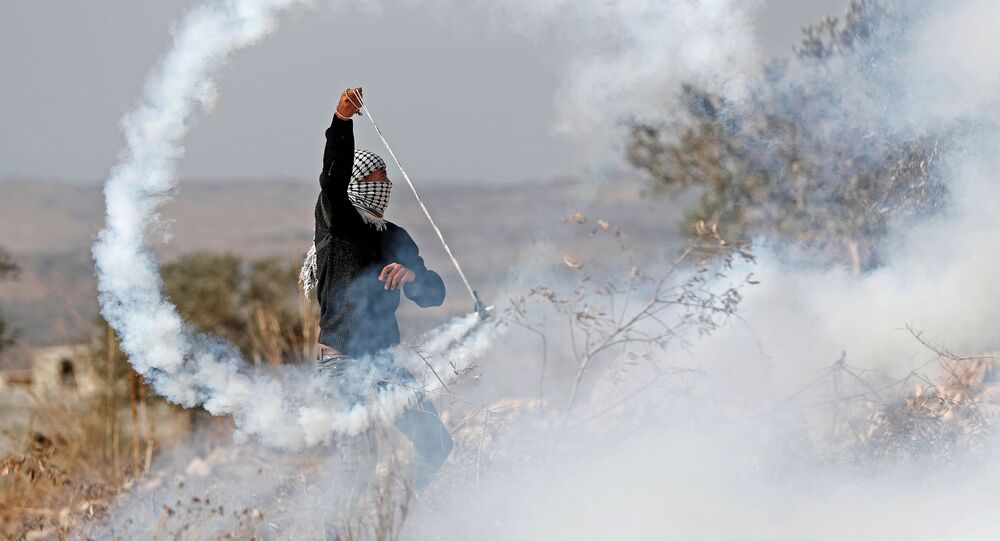 Palestinians are expected to turn up in big numbers today both in Gaza and the West Bank to protest against the US policy shift on Israeli settlements in the Palestinian Territories.

The Israeli military has reportedly bolstered its forces in the West Bank and along the Gaza border in anticipation of mass Palestinian protests.

According to Channel 12 TV, IDF soldiers received strict guidelines advising them to avoid casualties and stop the protests from growing out of control.

The IDF is said to be concerned that a major escalation would ensue if the soldiers used lethal force in response to Palestinians lobbing rocks and fire bombs at them during the demonstrations.

Additional officers have reportedly been deployed to the border to ensure that Israeli soldiers “react proportionally and only use lethal force in cases where lives are in danger.”

During the Great March of Return, a series of Palestinian protests held on the Gaza border last year to commemorate the loss of their land to forceful Israeli expropriations since the 1940's, as well as the recent US recognition of Jerusalem as the capital of Israel, a total of 183 Palestinians were killed and 6,000 wounded by live ammunition used by Israeli security forces, according to a UN probe.

The death toll from that outbreak of violence eclipsed the 103 homicides recorded by Israeli police in the country in 2018. Prime Minister Netanyahu rejected the report, which had been mandated by the UN Human Rights Council, as driven by an “obsessive hatred of Israel”.

© AP Photo / Adel Hana
Protesters wave their national flags while others burn tires near the fence of Gaza Strip border with Israel during a protest east of Gaza City, Friday, Nov. 9, 2018

The United States has in the past two years prompted the outrage of Palestinians and earned praise in Tel Aviv over several controversial pro-Israel steps. In the latest such step, the White House announced that it no longer considered Israeli settlements in the West Bank to be illegal.

Rival Palestinian factions in the Gaza Strip and the West Bank both condemned the move – which casts even more doubt on the long-held belief that the Israeli-Palestinian conflict can be resolved only via a two-state solution – and called for mass protests starting this morning. A “very significant turn-out” is expected, according to the Ramallah-based Palestine Liberation Organisation.

The United Nations believes that the Israeli settlements in the West Bank violate international law (the Fourth Geneva Convention, in particular) because they are set up on occupied land. Israel argues that it is not an occupying power and thus is not prevented from settling there, because the territories in question were first annexed by Jordan in the 1948 Arab-Israeli war and then recaptured in the 1967 Six-Day War.

Palestinians want this land, along with East Jerusalem and the Gaza Strip, to comprise their future state. They believe that the growing number of the Israeli settlements in the West Bank is turning their territory into disconnected cantons, which are a far cry from being a contiguous (and, hence, viable) state.