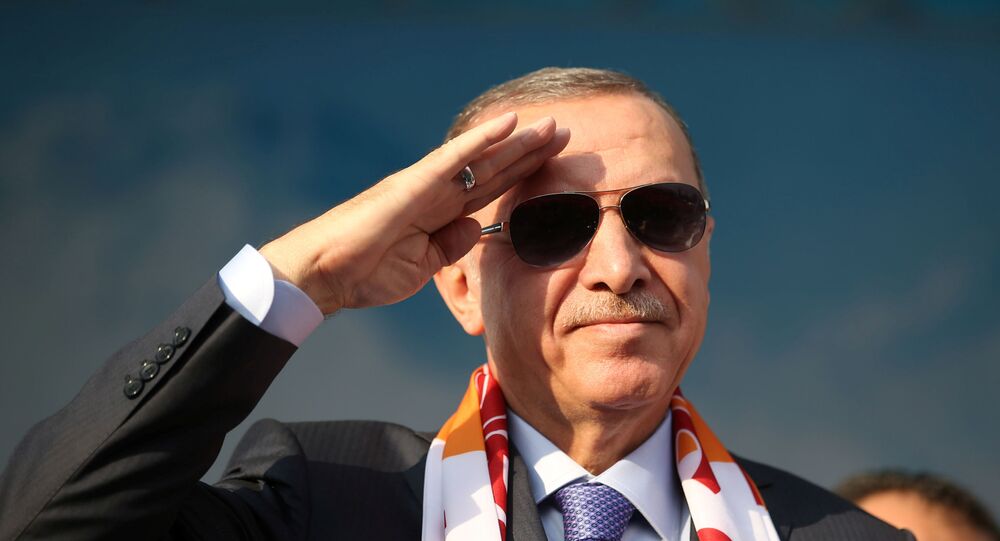 ANKARA (Sputnik) - Turkish President Recep Tayyip Erdogan on Monday visited the newly built Turkish military base in Qatar and praised it as a security mainstay for all countries in the Persian Gulf.

Erdogan was in Doha on Monday to attend the 5th Turkey-Qatar High Strategic Committee meeting.

"We cannot leave our brothers in Qatar during times of crises and difficult situation. We stand up to these crises together. Our aim is to ensure the security and stability of this country. This base also serves the stability and stability of all countries of the Persian Gulf, and no one can be unhappy with its presence", Erdogan said.

The 5,000-strong base has been named after Muslim commander Khalid bin Walid.

Turkey deployed this contingent to Qatar back in 2017, after the United Arab Emirates, Saudi Arabia, Egypt, and Bahrain launched a brutal concentrated blockade against Doha, closing all land, sea and air borders after accusing the country of supporting terrorism by propelling the Muslim Brotherhood movement*.

Doha has denied these accusations.