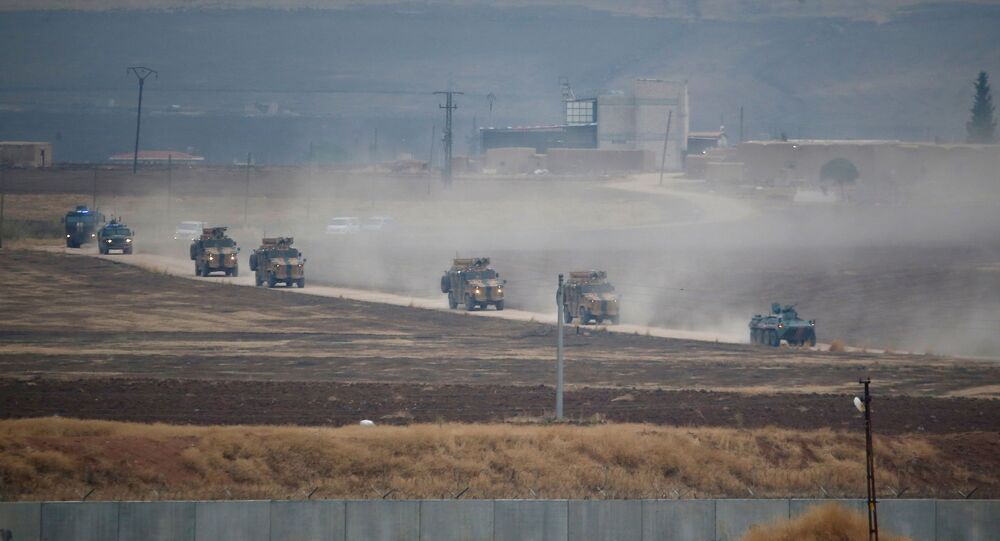 Turkey last month conducted a military incursion into Syrian border areas controlled by Kurdish militias. The operation was put on pause after Russia, a major player in Syria, struck a deal with Turkey and secured a withdrawal of Kurdish forces from the border area.

Ankara's operation against Kurdish forces along the Syrian border, which Turkey designates as terrorists, lasted for nine days in mid-October. On 17 October, Turkey agreed to a US-brokered ceasefire for five days to let Kurdish-led forces withdraw from the area.

In a bid to avoid further expansion of Turkish troops within Syria's territory, the Damascus government reached a deal with the Kurdish-led alliance of militias, the SDF, to deploy the Syrian army to the border areas. Damascus views the Turkish offensive as a violation of Syria's sovereignty.

As the ceasefire came to an end, Russian President Putin and his Turkish counterpart Recep Tayyip Erdogan agreed on 22 October that a buffer zone would be set up in northern Syria, running 30 kilometres from the border, with Russia and Turkey jointly patrolling a thinner, 10-kilometre strip along the border.

Ankara has since accused the Kurds of organising attacks in Turkish-patrolled border towns despite their withdrawal from the area. On Saturday, Turkey's defence ministry said that its security forces had responded to "harassment and attacks" allegedly carried out by Kurdish militias.

Turkey has also blamed both the United States and Russia for not fulfilling their share of the agreements and threatened to resume the operation, prompting Russia to beef up its military police patrols in the area.