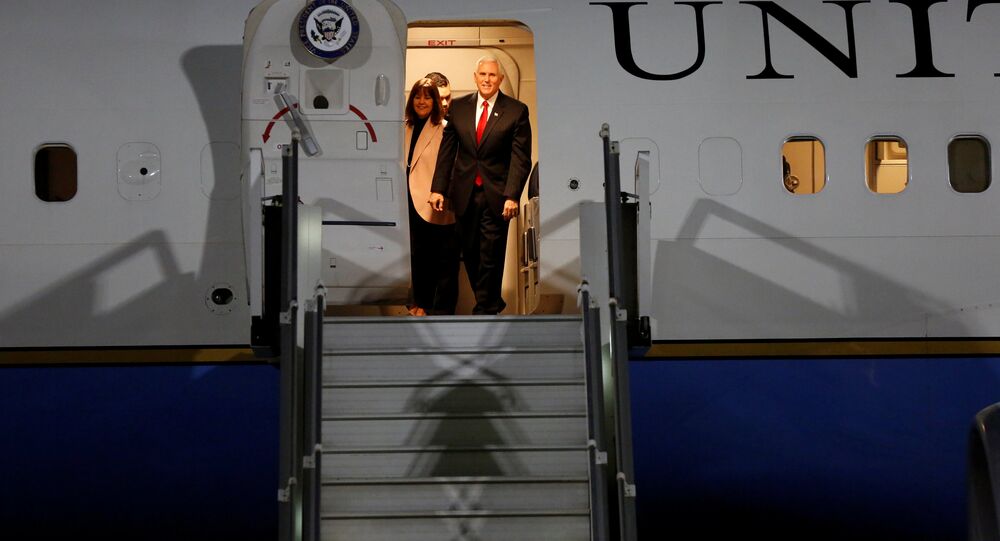 US Vice President Pays Unexpected Visit to US Military Base in Iraq, Meets President of Kurdistan

Pence has made his first trip to Iraq to meet President of the Kurdistan region Nechirvan Barzani and reassure support to the Iraqi Kurds after the US had decided to withdraw troops from northern Syria.

"I also welcome the opportunity on behalf of President Donald Trump to reiterate the strong bonds forged in the fires of war between the people of the United States and the Kurdish people across this region," Pence told Barzani at the beginning of their meeting.

Prior to meeting Barzani, Pence held a telephone conversation with Iraqi Prime Minister Adel Abdul Mahdi but did not meet him.

"There won't be a meeting as they had a phone call," one of the sources told AFP.

This is the first visit of the US vice president to Iraq and it comes nearly a year since US President Donald Trump paid a similar unexpected visit to the Middle Eastern country causing a wave of criticism in Iraqi political circles.

The media outlet also noted that the timing of the US vice president's trip to Iraq coincides with the peak of nationwide protests that the Iraqi government struggle to cope with.

Later on, the White House urged the Iraqi government to hold early elections and "halt the violence against protesters".