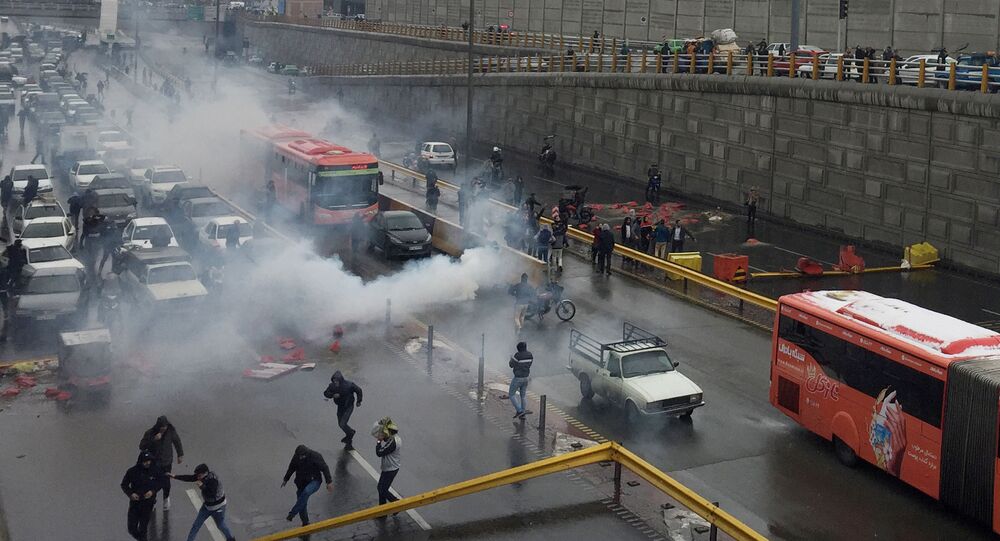 Last Friday, protesters took to the streets of multiple cities across Iran to say “no” to fuel price rises of up to 50% by Iran’s state-owned National Oil Company.

The Iranian Foreign Ministry has summoned Swiss ambassador to Iran Marcos Leitner, who represents  Washington's interests in Iran, over comments by US Secretary of State Mike Pompeo in connection with protests against hikes in petrol prices in the Islamic Republic, Iran’s ISNA news agency reports.

This comes after Pompeo tweeted an appeal to the protesters, saying “to the people of Iran” that “The United States is with you,” accompanying his post with a year-old message about “the proud Iranian people…not staying silent about their government’s abuses.”

Iranian parliament speaker Ali Larijani slammed Pompeo’s remarks, adding that the US is only interested in seeing Iran falling into chaos.

“The US’s goal vis-à-vis Iran is nothing other than to disturb its security and set fire to the Iranian nation’s interests,” Larijani was cited by Press TV as saying.

Mass protests erupted across multiple Iranian cities late last week after the government announced that it would increase gasoline prices in order to save resources as the country grapples with the impact of US sanctions pressure.

US Reinstates Economic Sanctions on Iran

For months, the US has been stepping up its sanctions on Iran as part of its "maximum pressure" campaign, which aims to force the Islamic Republic to renegotiate the JCPOA.

The Joint Comprehensive Plan of Action (JCPOA), signed in 2015 by Iran, China, France, Germany, Russia, the United Kingdom, the United States, Germany and the European Union, required Iran to scale back its nuclear programme and severely downgrade its uranium reserves in exchange for sanctions relief.